Calvin, Barabbas, and the RP? 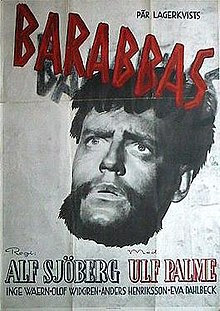 I was preaching yesterday on John 18:28-40, including John’s brief (in comparison to the Synoptics) account of the release of Barabbas in vv. 39-40. In my parallel reading of Calvin’s commentary on the passage, I was struck by how Calvin somehow pulls an application from these verses related to the Regulative Principle (RP).

Calvin notes that the custom of releasing a prisoner during the Passover “was done, no doubt, in order the honour the sacredness of the day, but was, in reality, nothing else than a shameful profanation of it.” He cites Proverbs 17:15 as declaring that the guilty are an abomination before God.

“Let us learn by this example, that nothing is more ridiculous, than to attempt to serve God by our inventions; for, as soon as men begin to follow their own imaginations, there will be no end till, by falling into some of the most absurd fooleries, they openly insult God. The rule of the worship of God, therefore, ought to be taken from nothing else than from his own appointment.”

This reminds me of the title of the G. K. Beale edited book, The Right Doctrine from theWrong Texts? Though the Barabbas account is related to an extra-biblical Passover tradition, it’s hard to believe that implications for the RP were part of the authorial intent in John 18. I’ve noticed this kind of thing in several other places in Calvin’s commentaries and probably reflects what was often and uppermost in his mind during the course of his reforming ministry.