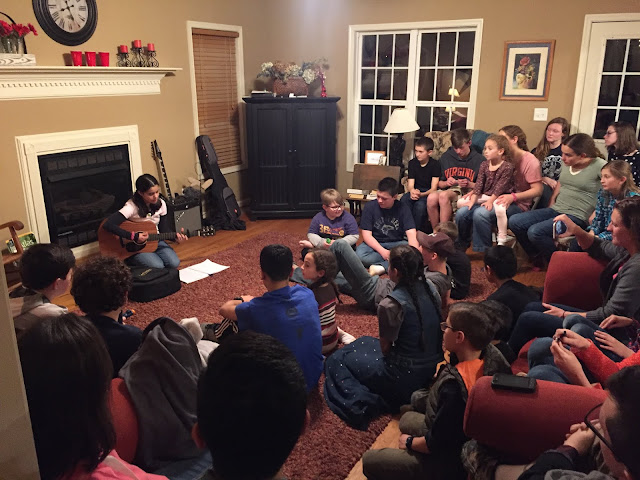 Image: CRBC Church Fellowship (2.8.19)
Note: Devotion taken from last Sunday's sermon on John 18:15-27.
Jesus answered him, I spake openly to the world; I ever taught in the synagogue, and in the temple, whither the Jews always resort; and in secret have I said nothing (John 18:20).
When Christ was brought before Annas, John reports: “The high priest then asked Jesus of his disciples, and of his doctrine [didache, teaching] (John 18:19).
Christ responds that he spoke “openly to the world” (v. 20). Notice the last line: “and in secret have I said nothing.” This is a reminder of the transparency of Christ. Nothing was hidden. Everything about his life and ministry had been open to public scrutiny.
One of the heresies that infected early Christianity was called Gnosticism, from the Greek word gnosis, meaning “knowledge.” The Gnostics taught that only they had secret knowledge from the Lord Jesus that had not been shared with others, in contradiction to Christ’s own words. An early form of this heresy may be hinted at in 1 Timothy 6:20 when Paul exhorts Timothy to avoid “profane and vain babblings, and oppositions of science [gnosis, knowledge] falsely so called.”
This summer on our family vacation trip out West we drove through Salt Lake City and stopped to walk through downtown to see the Mormon “temple,” where outsiders are not allowed to enter to see the secret rituals conducted within. Again, Christ’s teaching is contradicted.
I’ve heard of supposedly evangelical churches that do not openly advertise their meetings or offer an open invitation to any to come to their services. This contradicts Christ’s example. The only exception to this might be when the church is exposed to persecution, but that is hardly a problem in our present society.
Beware any group that claims to be Christian, but which wraps its meetings, its teachings, and its practices in secrecy. Such do not have the aroma of Christ. Cults are based on secrets; Christ on transparency.
Grace and peace, Pastor Jeff Riddle