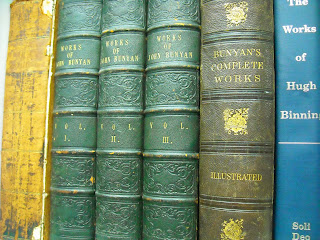 
This is Parker’s 2011 Lyell Lecture at Oxford University on the current state of text criticism.  Parker rejects the quest for the “original” text and also overthrows the textual theories of Westcott and Hort.


Burge and his co-authors (all professors at Wheaton) have produced an accessible, college level textbook which focuses on the historical backgrounds of the New Testament while generally defending traditional positions on authorship, dating, etc.  This is now my preferred textbook for teaching Introduction to the NT.


Stark’s Rise of Christianity sent me to this longer and more popular work which summarizes not only his ideas on the sociology of early Christianity but also arguments Stark has put forward in other works, including how Christianity ended slavery, how it produced capitalism and science, and why the Crusades have been given a bad rap.


Hermann Samuel Reimarus’ Fragments were published posthumously by the German literary critic G. E. Lessing from 1714-1718 and opened the Pandora’s Box of Enlightenment era radical skepticism regarding the historicity of the Gospels and the life of Jesus.  Reimarus, therefore, was the grandfather of skeptics from the Jesus Seminar to Reza Aslan.


I have been using this classic work as a guide in my Sunday afternoon sermon series through the Baptist Catechism.


This book was on my nightstand for several months as I slowly made my way through these poems from the 19th century recluse who died in obscurity and spent much time contemplating time, eternity, and death.  Sadly, her rejection of an orthodox, Biblical worldview left her with little hope, but how gifted she was with language!


These papers come from a 2000 seminar at Southeastern Baptist Seminary on the Synoptic Problem and feature evangelical scholars (D. Bock and Scot McKnight) defending modern theories of Q and Markan Priority and William Farmer defending the revival of the Griesbach Hypothesis (or “Two Gospel Hypothesis”).  It helped confirm my rejection of Markan Priority.


Young was thoroughly familiar with modern historical-critical study of the Old Testament, yet rejected it in defending the inspiration, authority, and infallibility of the Old Testament from a confessional perspective. I read through this work while teaching Old Testament survey and used it as a balance and counterpoint to modern textbooks.


I picked up this book this summer at the bookstore near Clingman’s Dome (the highest point in Tennessee).  This is a lively memoir of a through-hike on the Appalachian Trail from Springer Mt., Georgia to Mt. Katahdin, Maine from a secular man seeking meaning in life.


Practical Theology:  Mark Dever, The Gospel and Personal Evangelism (Crossway, 2007); Hal Brunson, The Rickety Bridge and the Broken Mirror:  Two Parables of Paedobaptism and One Parable of the Death of Christ (iuniverse, 2007); Tom Wells, Does Baptism Mean Immersion?  A Friendly Inquiry Into the Ongoing Debate (Audubon Press, 2000).


Puritans:  Thomas Watson, The Doctrine of Repentance (1668; Banner of Truth, 1987); John Owen, “Of the Divine Original, Authority, Self-Evidencing Light, and Power of the Scriptures” and “A Vindication of the Purity and Integrity of the Hebrew and Greek Texts of the Old and New Testament,” in Collected Works, Vol. 16 (Banner of Truth, 1968).