Another Problem with the "Baptist Faith and Message": Failure to Define the Canon 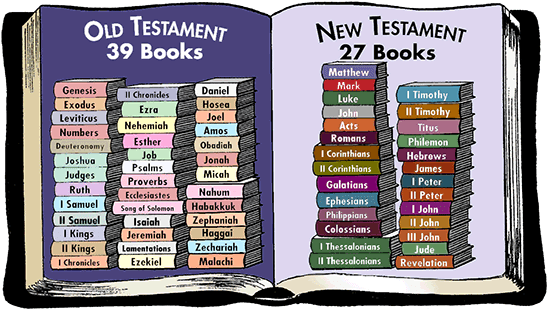 I recently posted an article raising the question as to whether or not the Baptist Faith and Message (2000), the confessional statement of the Southern Baptist Convention, was adequately Trinitarian.  As previously noted, though I grew up and initially conducted my ministry within SBC circles, I began to have confessional concerns with the BF & M that eventually resulted in my leaving SBC life to embrace the Second London Baptist Confession of Faith (1689) and becoming a Reformed Baptist.


The Holy Bible was written by men divinely inspired and is God's revelation of Himself to man. It is a perfect treasure of divine instruction. It has God for its author, salvation for its end, and truth, without any mixture of error, for its matter. Therefore, all Scripture is totally true and trustworthy. It reveals the principles by which God judges us, and therefore is, and will remain to the end of the world, the true center of Christian union, and the supreme standard by which all human conduct, creeds, and religious opinions should be tried. All Scripture is a testimony to Christ, who is Himself the focus of divine revelation.


The problems with this paragraph primarily have to do with its brevity.  One need only contrast it with the ten paragraphs in chapter one of the 2LBCF (1689) which also treats the foundational doctrine of Scripture.  A basic and obvious deficiency of the BF & M is its failure to define the canon.  This statement never defines what is meant by “The Holy Bible.”  Now, I know that Southern Baptist uphold the 66 (39 OT and 27 NT) books of the Protestant Christian Bible.  The framers of the BF & M, however, assume the canon without bothering to define it.  Contrast this, on the other hand, with paragraph two in chapter one of the 2LBCF (1689) which takes nothing for granted:


2. Under the name of Holy Scripture, or the Word of God written, are now contained all the books of the Old and New Testaments, which are these,


Of the Old Testament.


Of the New Testament.


Matthew, Mark, Luke, John, The Acts of the Apostles, Paul's Epistle to the Romans, I Corinthians, II Corinthians, Galatians, Ephesians, Philippians, Colossians, I Thessalonians, II Thessalonians, I Timothy, II Timothy, To Titus, To Philemon, The Epistle to the Hebrews, Epistle of James, The first and second Epistles of Peter, The first, second, and third Epistles of John, The Epistle of Jude, The Revelation.  All of which are given by the5 inspiration of God, to be the rule of faith and life.
52 Timothy 3:16


Furthermore, in paragraph three it clearly rejects the Apocrypha as being part of the Bible:


3. The books commonly called Apocrypha, not being of6 divine inspiration, are no part of the canon (or rule) of the Scripture, and, therefore, are of no authority to the church of God, nor to be any otherwise approved or made use of than other human writings.
6Luke 24:27, 44; Romans 3:2


Just as we noted that the BF & M statement on God leaves open the possibility that a modalist might affirm it due to its failure explicitly to affirm the Trinity, here we might note that it leaves open the possibility that a Roman Catholic who includes the so-called Deuterocanonicals (Apocrypha) as part of Scripture to affirm the article on Scripture due to its failure to define the canon.
Posted by Jeffrey T. Riddle at 8:54 PM

Thanks for sharing this! It really shows how the 1689 is a far more helpful and thorough confession.

Thanks for catching the scribal error. No, it's not a 67th book. Corrected.