The Vision (1.30.14): A Very Brief Overview of Christian Views on Eschatology (Last Things) 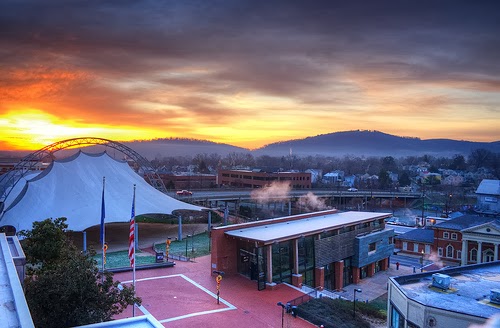 Note:  Last week one of our members asked me if I would give him an overview of the various views on Christian eschatology and provide some suggested resources for study. I responded by writing him a rather lengthy email.  This week one of the students from Lynchburg emailed me, making an almost identical request.  So, I went back to the first email to edit and enlarge it.  The result is the brief essay below:


Eschatology refers to the doctrine of last things.  In general, orthodox, Bible-believing Christians hold that we are living between the first and second advents of the Lord Jesus Christ.  We live in this present evil age looking forward to the glorious new age in which Christ will finally triumph.

The doctrine of last things can be divided into two categories:  (1) personal eschatology and (2) cosmic eschatology.

Cosmic eschatology has to do with the end of history and creation on a cosmic scale.  When most people ask about the Christian view of eschatology, this is the category they are usually thinking about.


·        At Christ’s coming there will be a general resurrection of the dead (of which Christ is the first fruit).


·        After the general resurrection, there will be a final judgment.


·        At the final judgment all men will be permanently assigned for eternity to heaven or hell.

All these things constitute the Christian hope. They are described in chapter 31 and chapter 32 of the Second London Baptist Confession of Faith (1689).

Various views on the timeline of Christ’s coming:  As noted, all true Christians will generally agree in affirming the basic events sketched above.  There are differences among Christians, however, on when and how Christ’s parousia will take place.  Much of the difference relates to the proper interpretation of Revelation 20, a key passage where mention is made of a thousand year reign of Christ.  This thousand year period is referred to as “the millennium.”


In the history of Christian interpretation of the Bible, there have been three major views on the timing of Christ's second coming related to the millennium:

1.  Historic Premillennialism:  This view hold that Christ’s coming will take place before the millennium, reflecting the following general timeline:


(2) A literal thousand year rule of Christ on earth;


(3) A last rebellion and defeat of evil;


(4) The other events of the final consummation (general resurrection, judgment, assignment to heaven or hell, new creation, etc.).

2.  Amillennialism:  This view holds that there is not a literal millennium, but that this term is to be taken figuratively as referring to this present age, reflecting the following timeline:

(1) This present age is the millennium;


(3) The other events of the final consummation.

3.  Postmillennialism:  This view holds that Christ will return only after the establishment of the millennium.  Some take the millennium as literally lasting a thousand years and others as figuratively referring to a substantial and extended period of time. This view reflects the following timeline:

(1) The triumph of the Christian movement eventually results in a Christian "golden age” (the millennium);


(3) The other events of the final consummation.

In addition to these three basic views of Christian eschatology, beginning in the mid-nineteenth century there developed a variation on the first view (“Historic Premillennialism”) that is called "Dispensational Premillennialism” which has had a significant impact within modern evangelicalism.

4.  Dispensational Premillennialism.  This view holds that Christ will return before a literal thousand year millennium.  It holds, however, that Christ’s coming will take place in two stages.  Christ will first come secretly to “rapture” the church. Then, after a seven year period of tribulation on earth during which some will be converted and, thus, become “tribulation saints,” Christ will return yet again, this time publically and universally.  This view reflects the following timeline:

(1) Christ’s secret coming and the rapture of Christians;


(2) A seven year period of tribulation;


(3) The second stage of Christ’s coming which is public and universal;


(4) A literal thousand year rule of Christ on earth which includes the building of a “third temple” in Jerusalem and the re-establishment of temple sacrifices;


(5) A last rebellion against Christ and the final defeat of evil;


(6) The final consummation (though some dispensational schemes also differentiate between various resurrections and judgments that do not correspond to the mainstream views).

Dispensational premillennialism also has some distinctive additional teachings, particularly with regard to its views on Biblical hermeneutics (interpretation), including its view that the Bible teaches that history can be divided into various “dispensations.”  This includes seeing the present “church age” as a “parenthesis” in holy history.  This view leads dispensationalists to reject “covenant theology” and to downplay the significance of the Old Testament for New Covenant believers.  It does not see continuity between Old Testament Israel and the New Testament church, and it differentiates between God’s plan of salvation for Jews and his plan of salvation for believers in the “church age.”

In recent years, there has developed another significant movement within the dispensational camp known as “Progressive Dispensationalism.”  This view has been put forward by various scholars in historically dispensational schools (most notably, Dallas Seminary). It has attempted to modify some of the interpretive difficulties and peculiarities of historic dispensationalism and to reconcile it with covenant theology.  It has done so by, among other things, affirming the value of the Old Testament for the Christian life and by stressing elements of continuity between God’s plan of salvation for Jewish saints in the Old Testament and in the church today.

Though all should agree on the basic affirmations regarding eschatology sketched above, we acknowledge that men of good will may take different interpretations regarding the timeline of Christ’s second coming.  The Second London Baptist Confession of Faith (1689), for example, does not take a position regarding Christ’s advent in relation to the millennium.  Thus, it might be affirmed by a Historic Premillennialist, an Amillennialist, or a Postmillennialist, and persons holding to any of those positions might well be part of a church holding to the confession.  There are, however significant hermeneutical and doctrinal problems with Dispensational Premillennialism that place it at irreconcilable odds with Reformed theology and the confession.


Which ministers and theologians have held or currently hold the various views?:

3.  Postmillenialism:  Advocates included Jonathan Edwards and most Puritan, evangelical, and Reformed theologians and missionaries of the 18th-19th centuries [the book to read here: Iain Murray’s The Puritan Hope].  The view has been revived in recent years by a number of Presbyterian and Reformed theologians including Keith Mathison and  John Jefferson Davis.

4.  Dispensational Premillennialism:  The Plymouth Brethren preacher John Nelson Darby is usually named as the founder of this view.  It was popularized by C. I. Schofield through the notes of his Schofield Reference Bible.  The view has also been popularly promoted in fundamentalistic and conservative evangelical circles by ministers and authors like Jerry Falwell (Thomas D. Ice directs the “The Pre-Trib Research Center” at Liberty University), Tim LaHaye (in the popular Left Behind books), and David Jeremiah.  Preacher and author John MacArthur is both a Calvinist and a dispensationalist!  The view has also been held by scholars like Lewis Sperry Chafer, John Walvoord, and Charles C. Ryrie, all connected with Dallas Seminary.

Here are a few books that might help get a handle on things:

R. C. Sproul, The Last Days According to Jesus

Kim Riddlebarger, A Case for Amillennialism

I also recommend this podcast I did on Harold Camping and Rapture teaching.

Wonderful summary! Don't you just love an open-ended question like that :).

I have to admit, I've always considered the 1689 to be irreconcilable to the Premillers views on the resurrection and the judgment. Chapters 31 and 32 both affirm a singular event in respect to these topics. "The last day" for the resurrection of "all the dead", and "a day" appointed for the judgement of apostate angels as well as "all persons that have lived upon the earth".

My understanding (which is admittedly confused at times because of the sweeping redefinitions and "corrections" in the camp) is that the Historic and Dispensationalist (and the spectrum in between) adhere to two resurrections and two judgements. One resurrection at the rapture for the saints that have fallen asleep, and a second one at the end of the millenium for those that have died in their sins. The same for the judgement, they have the Bema-seat judgement for those in Christ and then the final white throne before which the lost will stand.

I'd be interested to hear the way a premiller might interpret the 1689 2nd LBC. What do you think?