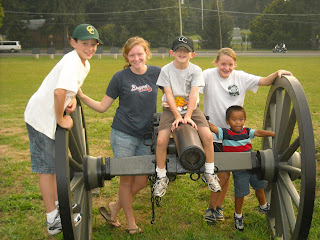 Image:  Riddle children on a canon at Gettysburg.
The new homeschool year for our family started today, but last week the Riddles enjoyed one final outing before the end of summer.  On Wednesday we headed out to Gettysburg, PA and visited the museum and "cyclorama."  We stayed in town, just a short walk from the battlefield. 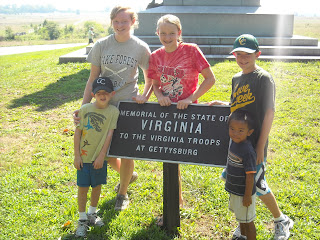 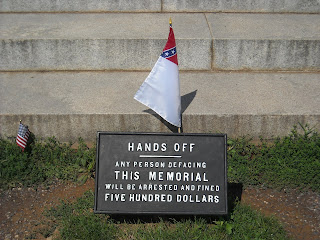 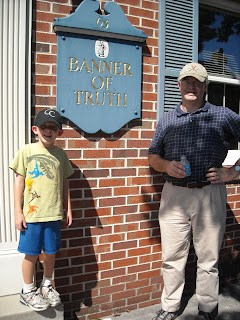 Image:  Isaiah and I pose in front of the Banner office.
After lunch we took Rt. 34 to Carlisle and visited both the Cumberland Valley Bible Book Service storefront on North Hanover Street and the Banner of Truth office and warehouse just around the corner on East Louthar Street.  The children referred to this as "Dad's vacation." 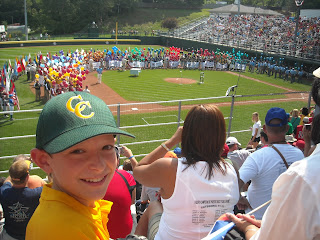 Image:  Sam taking in the Opening Ceremonies in Volunteer Stadium at the Little League World Series in Williamsport.
We followed Rt. 15 along the picturesque Susquehannah River and by Thursday evening we had arrived at the Little Pine State Park near Williamsport, PA.  We enjoyed a great campfire that night then headed into town Friday morning to watch the opening ceremonies of the Little League World Series and four consecutive opening day games.  The best game was the night cap between Mexico and Japan.  We were sitting on the hill at Lamade Stadium when Japan hit the go ahead home run in the sixth inning to center field.  This was our first trip to the Little League World Series.  It is a great family friendly event.  Parking and admission to all games are free and even the concessions and souvenirs were reasonable.
We watched two more games on Saturday then headed back to Charlottesville to enjoy the Lord's Day with our CRBC family.  Summer is coming to an end.
JTR
Posted by Jeffrey T. Riddle at 5:24 PM