Devotional Exhortation on the Virus Outbreak and Church Ministry 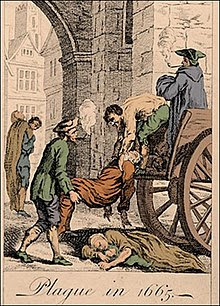 Note: I and my fellow elder, Jeff Clark, offered some devotional exhortations related to the current virus outbreak and our church's ministry to the brethren at CRBC on Sunday morning (3.15.20) before the start of our Lord's Day morning service. You can listen to the audio here. Here are my notes:

A few weeks ago I preached from 2 Kings 7 about a time in Israel’s history when everything changed within one day for the people living within a besieged Jerusalem. One day a donkey’s head sold for 80 pieces of silver and cab of dove dung for five pieces of silver and the next a measure of flour or two measures of barley could be had for a bare shekel (2 Kings 6:25; 7:1, 18). One day people were starving, and the next they were feasting.

In that case it was a dramatic change from deprivation to abundance.

This week witnessed a very different kind of turn. A week ago, we prayed for those suffering from this virus and we prayed that the Lord might use it to awaken men’s consciences to issues of life and death. Little did we know how dramatically he would choose to do that.

Several years ago, I resolved not to allow my preaching to be dictated by the headlines of media, but current circumstances are impossible to avoid addressing.

On one hand, as we move forward, we do not want to act in ways that are reckless and careless with respect to our own lives and the lives of others, on the other hand, we think it is important that those so called can have opportunity to assemble for prayer and worship.

We plan to continue meeting in our regular services in coming weeks, but that could change. Whether or not we continue to meet in person, we will also look into the possibility of livestreaming our services.

We want to continue to do, as much as possible, what is normal and ordinary for us to do. We will continue, God willing, to preach through 2 Kings and the 1689 Confession.

If you feel uncomfortable about attending our services or are in a category that would be more vulnerable to contracting this virus or suffering harmful consequences from it, then please feel free not to attend. You can always listen online and keep the sabbath at home. We do want to place any stigma or lay any guilt on anyone if you are not able to be here in person. You will always be with us in spirit!

We will also try to use some basis precautions in our meetings...

There are also, of course, practical things you can do. Keep in touch with one another (by phone or online), pray for each other, encourage one another, bear one another’s burdens and so fulfill the law of Christ.

And remember to keep up your stewardship, so the church can meet its needs. If you cannot be here, then send your offerings to our Treasurer or to the church’s PO box.

When one examines church history one finds that believers have lived through many circumstances much like these over the years. There is nothing new under the sun.

In around the year AD 250 Christians in Egypt had gone through a terrible time of persecution under the Roman Emperor Decius. Many had died as martyrs. No sooner was this over, but a pandemic disease broke out. In Eusebius of Caesarea’s Church History (Book 7, chapter 22), he cites a letter from Dionysius, a pastor in Alexandria, Egypt, describing the situation and how Christians responded to it:

“But when the briefest breathing space had been granted us and them, there descended upon us this disease, a thing that is to them more fearful than any other object of fear, more cruel than any calamity whatsoever, and, as one of their own writers declared, ‘the only thing of all that proved worse than what was expected.’ Yet to us it was not so, but, no less than the other misfortunes, a source of discipline and testing. For indeed it did not leave us untouched, although it attacked the heathen with great strength.”

Following these remarks he adds as follows: “The most, at all events, of our brethren in their exceeding love and affection for the brotherhood were unsparing of themselves and clave to one another, visiting the sick without a thought as to the danger, assiduously ministering to them, tending them in Christ, and so most gladly departed this life among them; being infected with the disease from others, drawing upon themselves the sickness from their neighbors, and willingly taking their pains. And many, when they had cared for and restored health to others, died themselves, thus transferring their death to themselves, and then in very deed making good the popular saying, that always seems to be merely an expression of courtesy: for in departing ‘they became their devoted servants.’ In this manner, the best at any rate of our brethren departed this life, certain elders and deacons and some of the laity, receiving great commendation, so that this form of death seems in no respect to come behind martyrdom, being the outcome of much piety and strong faith. So, too, the bodies of the saints they would take up in their open hands to their bosom, closing their eyes and shutting their mouths, carrying them on their shoulders, and laying them out; they would cling to them, embrace them, bathe and adorn them with their burial clothes, and after a little receive the same services themselves, for those that were left behind were ever following those that went before.

But the conduct of the heathen was the exact opposite. Even those who were in the first stages of the disease they trust away, and fled from their dearest. They would even cast them in the roads half-dead, and treat the unburied corpses as vile refuse, in their attempts to avoid the spreading and contagion of the death-plague; a thing which, for all their devices, it was not easy for them to escape.”

In 1665 the so-called Great Plague or “Black Death” hit London. It is estimated that in 18 months 100,000 people, or one fourth of the population, died. Many Christians ministered heroically to brethren and neighbors during that time.

A few years after the plague, a Puritan minister named Ralph Venning wrote a work titled The Plague of Plagues (reprinted now as The Sinfulness of Sin). Though he never directly described the plague through which the nation had passed, his metaphor was clear. Venning described in that work sin as a plague that infects and endangers every man’s heart. At one point he wrote:

Keep out of harm’s way. ‘Enter not (put not a foot) into the way of the wicked’ (Prov 4:14-15). And if you have been so foolishly forward, yet do not go on in the way of evil men; but avoid it, pass not by it, turn from it and pass away. You cannot stand at too great a distance from sin (267).

So friends, let us learn from the saints of old. Let us be wise, exercise prudential judgment, and persevere in contentedness and even with joy.

What ever befalls, let us remember the opening to Psalm 97: “The LORD reigneth” (v. 1a).