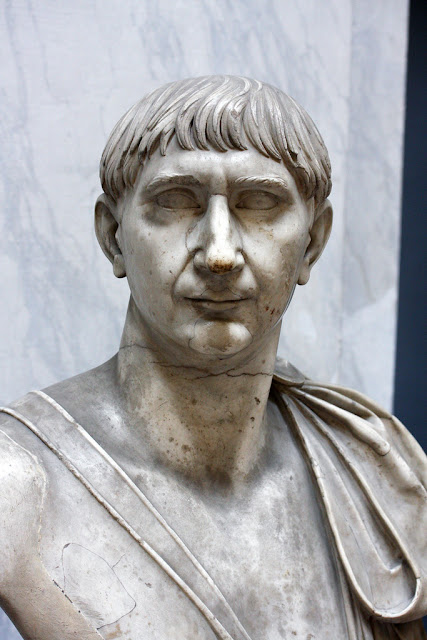 A new episode is posted to the series on Eusebius of Caesarea’s The Ecclesiastical History: book 3, chapters 32-35. Listen here.

With chapter 32 Eusebius resumes the narrative of early persecution and martyrdom of Christians, now under the emperor Trajan.

Citing again Hegessipus he cites the martyrdom of Simeon of Cleopas, the second bishop of Jerusalem, after James, and a relative of Jesus.

Simeon is said to have been accused by Jewish Christian heretics, who were than also put to death. After being tortured Simeon is said to have died by crucifixion at the ripe old age of 120. Eusebius speculates that given his advanced age, Simeon was likely “one of the eyewitnesses and actual hearers of the Lord.”

Reference is also made to the earlier cited influence of the grandsons of Judas, the brother of Jesus, in the early church.

Eusebius says that during the time of the apostles, the church remained a “pure and uncorrupted virgin.” Only after the death of the apostles did heresy arise. He seems to be referring to the rise of Gnosticism when he cites 1 Timothy 6:10’s reference to “knowledge falsely so-called.”

In chapter 33, Eusebius makes reference to the famed letter of Pliny the Younger (Plinius Secundus) to the emperor Trajan about his dealings with Christians. Pliny reported that Christians sang hymns to Christ as to God and that they lived morally exemplary lives. Eusebius says that Pliny’s communication led to a softening of anti-Christian persecution at that time. He also cites Tertullian’s reference to Pliny.

Chapter 34 briefly notes that Clement was succeeded by Evarestos in Rome.

Chapter 35 says that after the martyrdom of Simeon, a Jewish Christian named Justus became bishop of Jerusalem. He says there were thousands of Jewish Christians at this time.

These final chapter show the ongoing importance of key Christian cities like Rome and Jerusalem and the succession of their bishops.