Eusebius, EH.3.31: The Burial Sites of the Apostle John, Philip, and Philip's Daughters 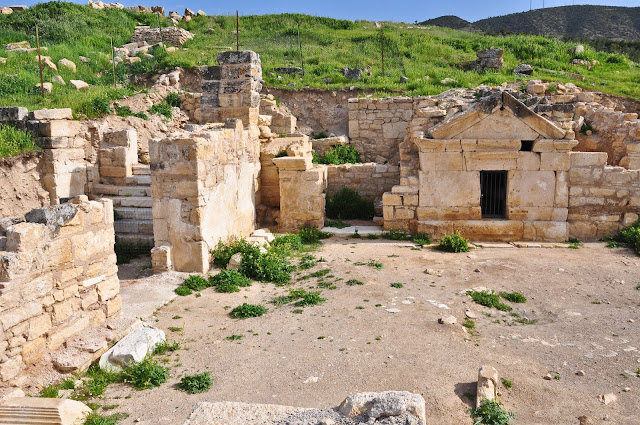 Image: The traditional Martyrium (burial site) of Philip in ancient Hierapolis (modern day Turkey). Confusion goes back to Polycrates of Ephesus between Philip the Apostle and Philip the Evangelist.

Here is another episode in the series on Eusebius of Caesarea’s The Ecclesiastical History: book 3, chapter 31. Listen here.

This chapter discusses traditions related to the deaths of several apostolic figures.

After reference is made to the deaths of Paul and Peter having been previously discussed, Eusebius discusses traditions related to the apostle John and to Philip and his daughters.

He cites a letter of Polycrates of Ephesus to Victor of Rome noting the “great luminaries’ who “sleep in Asia.”

John is described as a “priest” (reference unknown according to Lake) and as a “martyr and teacher” who now “sleeps at Ephesus.”

Reference is made in this source to Philip as “one of the twelve apostles.” Lake comments: “Possibly Polycrates has confused Philip the Apostle and Philip the Deacon, and Eusebius did not notice it.” Polycrates also says that Philip “sleeps at Hierapolis with two daughters who grew old as virgins” and possibly a third daughter (text uncertain) “rests in Ephesus.”

He also cites the dialogue of Gaius with Proclus, who refers to Philip and his four daughters who were prophetesses and whose graves were in Hierapolis.

He says this is the same Philip the Evangelist and his four daughters at Caesarea mentioned in Acts 21:8-9.

There seems to be confusion here in general about Philip the apostle and Philip the Evangelist.

These references to the burial sites of these luminaries of the apostolic era may also reflect the early tradition of pilgrimages to these sites and remembrance of the martyrs, as reflected in works like the Martyrdom of Polycarp.