Eusebius, EH.3.26-27: Against Heresies: Menander the Samaritan & the Ebionites 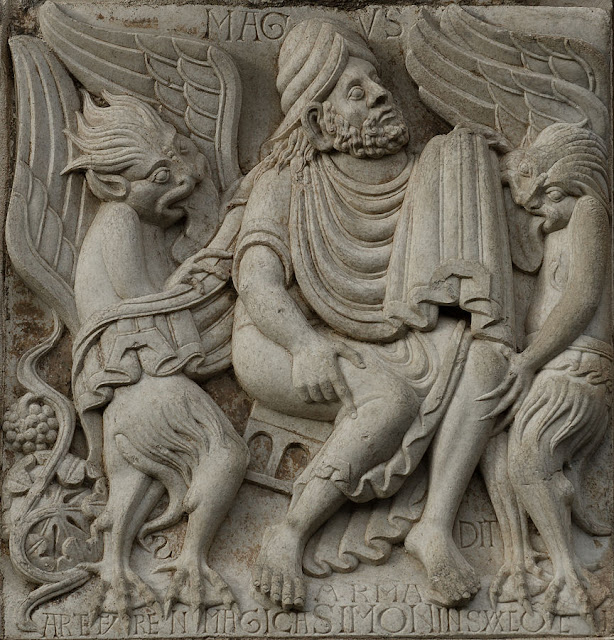 A new episode is posted in our series on Eusebius of Caesarea’s The Ecclesiastical History: book 3, chapter 26-27. Listen here.

First, in chapter 26 he describes the heresy of the sorcerer Menander the Samaritan. Menander followed after Simon Magus and appeared in Antioch where he “deceived many by magical arts.” Menander’s teaching reflects some sort of Gnosticism, with Eusebius suggesting Menander presented himself as a savior “sent from above for the salvation of men from invisible aeons.” Eusebius notes that Menander’s heresy was described by both Irenaeus and Justin. He also rejected the orthodox view of the resurrection and the Christian hope.

Second, in chapter 27, he describes the Jewish sect known as the Ebionites. Eusebius makes much of the fact that their name comes from the Hebrew word meaning “poor”, reflecting their low view of Christ. These saw Jesus as “a plain and ordinary man who had achieved righteousness by the progress of his character and had been born naturally from Mary and her husband.”

He makes a distinction between some Ebionites who deny Christ’s eternal pre-existence as the Logos and his Virgin Birth, while others deny the former but affirm the latter.

This group thus had an “adoptionistic” or “subordinationist” Christology, reflected in their denial of the eternal pre-existence of the Son of God and the Virgin Birth of Jesus. They also urged complete observance of the OT law. They also rejected the canonical Gospels in favor of the Gospel of the Hebrews and rejected the letters of Paul. They kept the Jewish sabbath but also commemorated the resurrection on Sundays.

Conclusion: These descriptions are of interest in that they demonstrate the emergence of orthodox stands against unorthodox teaching. Gnosticism is rejected. Low Christology is also rejected, while cardinal doctrines are also affirmed, like the deity of Christ, the eternal pre-existence of the Son of God, and the virginal conception. The denunciation of the Ebionites also demonstrates the importance of an orthodox canon. The Ebionites are misguided in that they reject the teaching of NT Scripture (the canonical Gospels and Pauline epistles).