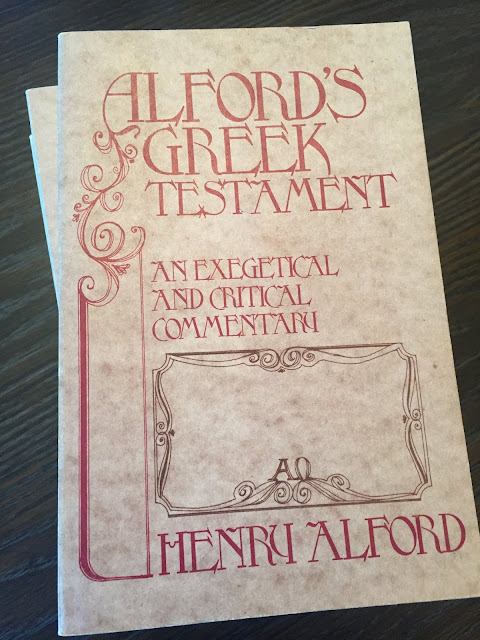 I was preaching last Sunday at the RB church plant in Lynchburg and after services one of the brethren gave me a late Christmas present he had picked up at a used bookstore, a six book set of the four volumes of Henry Alford's Greek New Testament and Commentary. 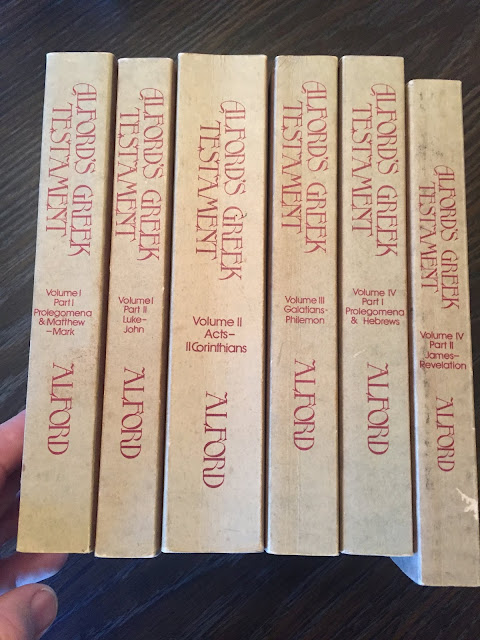 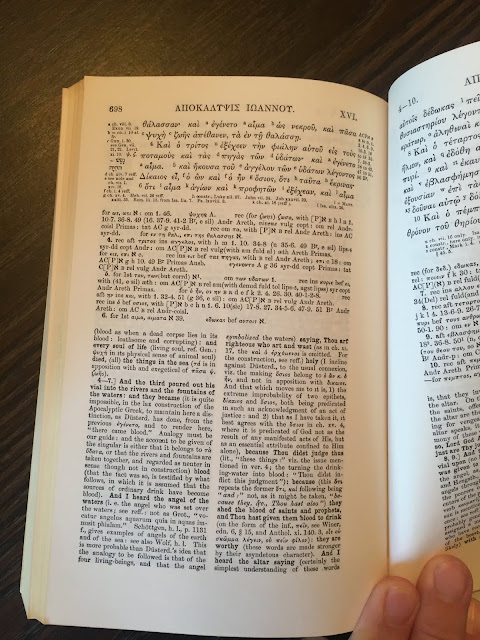 In Metzger and Ehrman's The Text of the New Testament it is noted that Henry Alford (1810-1871) was dean of Canterbury and the author of several popular hymns, including "Come, Ye Thankful People, Come." He was also "an ardent advocate of the critical principles formulated by those who, like Lachmann, had worked for the 'demolition of the unworthy and pedantic reverence for the received text, which stood in the way of all chance of discovering the genuine word of God'" (p. 174; the embedded quote is from Alford's The Greek New Testament with a Critically Revised Text).

I'm thankful for this new resource to add to my library and to use, no doubt to what would have been Alford's chagrin, to defend the received text.