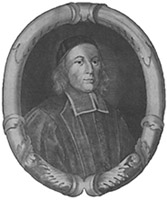 My favorite anecdote on the life of John Flavel is the story of how a fifteen year old lad named Luke Short heard Flavel preach in Dartmouth, England before immigrating to America and was converted by the message many years later:

Luke Short was a farmer in New England who attained his hundredth year in exceptional vigour though without having sought peace with God.  One day as he sat in the fields reflecting upon his long life, he recalled a sermon he had heard in Dartmouth as a boy before he sailed to America.  The horror of dying under the curse of God was impressed upon him as he meditated on the words he had heard so long ago and he was converted to Christ—eighty-five years after hearing John Flavel preach (Michael Bolond in the Publisher’s Introduction to John Flavel, The Mystery of Providence, p. 11).

Not only does this anecdote remind us of the potency of Flavel’s preaching but, more importantly, it demonstrates that God’s word never returns to him void (Isaiah 55:11).  Flavel never knew on this side of the kingdom how God would make the sermon he preached effectual to Short’s conversion.  It is also a reminder to preachers to labor faithfully, even when we do not see immediate, visible results.
JTR
Posted by Jeffrey T. Riddle at 12:47 PM