Boston: "Your corrupt heart is like an ant's nest...." 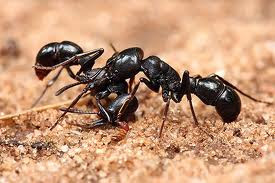 When preaching Sunday in our catechism series on The Sinfulness of Man's State, I used this quote from Thomas Boston in Human Nature in Its Fourfold State:
Your corrupt heart is like an ant's nest, on which, while the stone lies, none of them appear; but take off that stone, and stir them up but with the point of a straw, you will see what a swarm is there, and how lively they be.  Just such a sight would your heart afford you, did the Lord but withdraw the restraint He has upon it, and suffer Satan to stir it up by temptation (p. 145).
Posted by Jeffrey T. Riddle at 7:22 PM