A Visit with Ron Young, Sr. 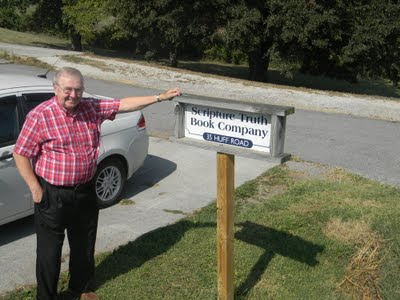 Image:  Ron Young, Sr. stands by the Scripture Truth sign outside Fincastle, VA.
I enjoyed a visit last Saturday with Pastor Ron Young, Sr. in Roanoke, VA.  I did an interview with Ron as we did some driving around town and have posted it as a new installment of Word Magazine. 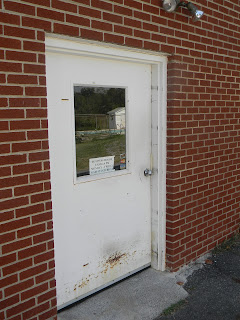 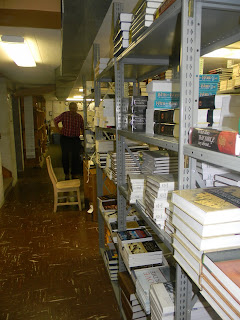 Image:  Stacks of books inside. 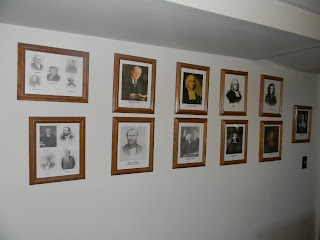 Image:  Ron's hall of fame pictures in his downstairs' basement library.
We ended up back at Ron's house where his wife Sue made us a fantastic lunch.  We then spent some time looking around Ron's library which fills the entire basement downstairs of his home.  Ron said when he retired over ten years ago he estimated he had over 15,000 volumes.  He has an amazing collection of Baptist history, including multiple copies of Semple's History of the Baptists in Virginia and J. B. Jeter's Baptist Principles Re-set. 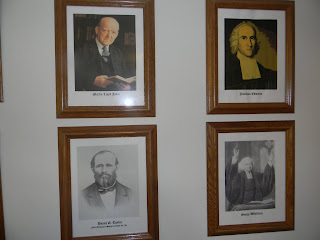 Image:  Close-ups from the Hall of Fame, including Lloyd-Jones, Edwards, Taylor, and Whitefield. 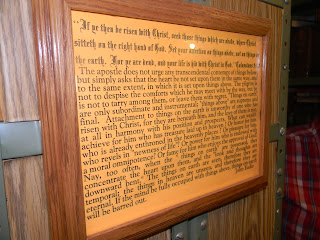 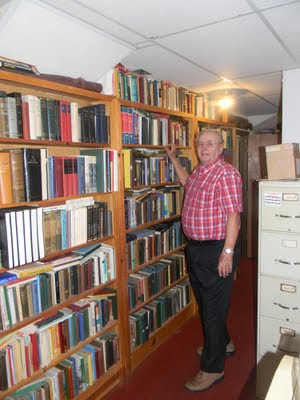 Image:  Ron among his tools. 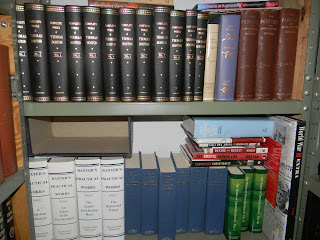 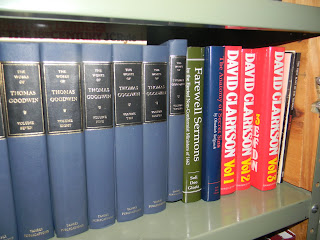 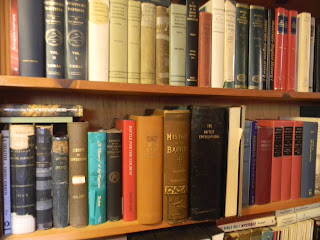 Image:  Did I say he had some theology books? 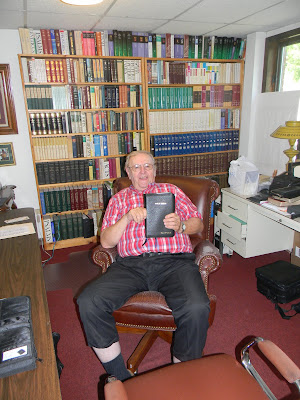 I enjoyed looking around. I like Hiebert's NT commentaries and they had all of them. I used self-control, however, and got away with only looking and not buying.

Hope you're coming to the Keach Conference this year.