The Traditional Text of Scripture: A Select Annotated Bibliography 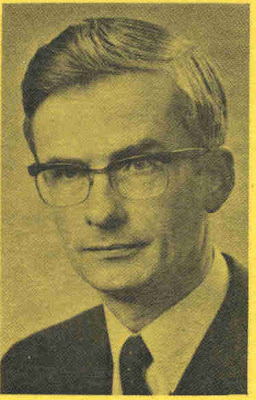 Image:  Dutch Scholar and Churchman Jakob Van Bruggen
In my last post in the recent exchange I had with Jamin Hubner regarding the traditional text of Scripture, I promised to post a select annotated bibliography with a list of resources I have found helpful in understanding and explaining why the traditonal text of Scripture is to be preferred to modern critical texts.  Here is that bibliography:
D. A. Black, Ed., Perspectives on the Ending of Mark (B & H, 2008):  145 pp.
This collection of essays came from a conference held at SEBTS on the disputed ending of Mark (16:9-20). Chapters come from Dan Wallace (“reasoned eclecticism”), Maurice Robinson (Byzantine text), Keith Elliot (“thoroughgoing eclecticism”), and D. A. Black (multiple authorship theory), with a concluding essay from Darrell Bock. Wallace, Elliot, and Bock reject Mark 16:9-20 as authentic while Robinson and Black defend it. Reading this book reinforced my sense that modern textual criticism has been toxic for Biblical authority and further convinced me that Mark 16:9-20 is canonical.
John W. Burgon, The Last Twelve Verses of Mark (Sovereign Grace Publishers, 2000): 416 pp.
This is a reprint of Dean Burgon’s defense of the traditional text of Mark’s Ending (Mark 16:9-20).
Idem, The Revision Revised (Dean Burgon Society Press, 2000): 549 pp.
This is a reprint of Dean Burgon’s vigorous defense of the traditional text of Scripture, underlying the KJV, against the English Revised Version of 1881 and the modern text of Westcott and Hort. It consists of three articles that originally appeared in The Quarterly Review: (1) The Greek New Testament; (2) The New English Version; (3) Westcott and Hort’s New Textual Theory.
Robert L. Dabney, “The Doctrinal Various Readings of the New Testament Greek,” in Discussions, Volume I (Sprinkle Reprint, 1982): pp. 350-390.
The stalwart Presbyterian pastor and theologian defends the traditional text of Scripture, including the Comma Johanneum (1 John 5:7-8), against the modern critical text.
Idem, “The Revised Version of the New Testament,” in Discussions, Volume I (Sprinkle Reprint, 1982): pp. 391-398.
Dabney reviews and finds fault with the English Revision Version (1881).
William O. Einwechter, English Bible Translations: By What Standard? (Chapel Library, 2010): 52 pp.
A booklet written on a popular level defending the principle of a literal translation philosophy (over against dynamic equivalence) and the traditional text (over against the modern critical text). It concludes by expressing preference for the KJV but denounces KJV-Onlyism. This is the best brief introduction to this topic I have found.
Edward F. Hills, The King James Version Defended, Fourth Edition (The Christian Research Press, 1956, 1984): 280 pp.
Hills, a credentialed text critic, presents a groundbreaking defense of the Textus Receptus underlying the New Testament translation of the King James Version and articulates a Reformed doctrine of the divine preservation of Scripture based on “the logic of faith.”
Theodore Letis, Ed., The Majority Text: Essays and Reviews in the Continuing Debate (Institute for Biblical Textual Studies, 1987): 210 pp.
Various essays and book reviews, compiled and edited by Letis, which critique the modern critical text and defend the received text.
Idem, The Ecclesiastical Text: Text Criticism, Biblical Authority, and the Popular Mind (The Institute for Renaissance and Reformation Biblical Studies, 1997): 232 pp
This book is a collection of essays and book reviews from various academic journals by Letis on the topic of text criticism. Letis defends the traditional text, which he refers to as the “ecclesiastical text,” over against the modern critical text. Noteworthy is his discussion of the role of B. B. Warfield and the search for the autograph in the evangelical abandonment of the Protestant emphasis on the preserved apographa.
Alan J. Mcgregor, Three Modern Versions: A Critical Assessment of the NIV, ESV, and NKJV (The Bible League, 2004): 126 pp.
Macgregor offers a charitable but challenging assessment of three modern versions and defends his preference for the KJV.
John Owen, Integrity and Purity of the Hebrew and Greek Text, in The Works of John Owen, Volume XVI (First published by Johnstone & Hunter, 1850-53; Banner of Truth reprint, 1968): pp. 345-421.
John Owen wrote this work in response to the publication of Brian Walton’s “Polyglot,” an early attempt at a critical text of Scripture. Owen defends the traditional text as preserved in extant copies.
Wilbur N. Pickering, Identity of the New Testament Text II. 3rd Edition (Wipf and Stock Publishers, 2003): 188 pp.
Pickering defends the “Majority Text” against the modern critical text.
Maurice A. Robinson, “The Case for Byzantine Priority,” in The New Testament in the Original Greek: Byzantine Textform 2005, arranged and compiled by Maurice A. Robinson and William G. Pierpont (Chilton Book Publishing, 2005): pp. 533-586.
Robinson, a long time defender of the “Byzantine Text,” presents sustained argument for the priority of this text.
Jakob Van Bruggen, The Ancient Text of the New Testament (Premier, 1976): 40 pp.
This respected Dutch scholar offers a convincing defense of the traditional text of the New Testament.
Idem., The Future of the Bible (Nelson, 1978): 192 pp.
This book critiques the proliferation of contemporary Bible translations in the evangelical marketplace.
Malcolm Watts, The Lord Gave the Word: A Study in the History of the Biblical Text (Trinitarian Bible Society, 1998).
This booklet presents a popular overview of the transmission of the text of Scripture which defends the traditional text and concludes with preferential arguments for the KJV.
Posted by Jeffrey T. Riddle at 10:43 AM

Thank you Pastor Jeff, I've been looking for something short and sweet to give those (ESV groupies) that are potentially willing to look at some arguments in favor of tradition. It appears the short book by Einwechter may be what I am looking for.