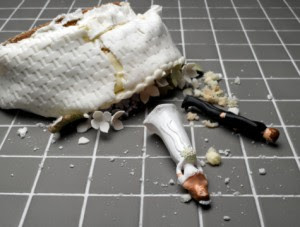 In the midst of headline grabbing turmoil in the Middle East, a momentous decision with long-lasting moral and ethical ramifications for our nation was made this week here at home. The President announced that his government will no longer support the Defense of Marriage Act (DOMA) in court. DOMA passed by large majorities in 1996 and was signed into law by then President Bill Clinton.

In a blog post on this decision today (2/24/11) titled “A Milestone in the Betrayal of Marriage,” evangelical pundit Al Mohler explains that DOMA made clear “that no state can require any other state to recognize a same-sex marriage, and that the federal government is prohibited from extending marital benefits to same-sex couples.” Mohler closes his article with these words:
The most immediate meaning of this announcement is two-fold. In the first place, it means that the constitutionally appointed defender of the nation’s laws, the Attorney General of the United States, has now been ordered to cease defending this single law in the courts. That alone is almost surely sufficient to spell the doom of DOMA in short order.
In the second place, this announcement means that President Obama and his advisers now believe that the full legalization of same-sex marriage is both inevitable and without major political risk to the President and his plans for re-election. That, in itself, represents a moral earthquake. The President clearly believes that a sufficient number of Americans will either support or accept same-sex marriage — and this comes just a few years after a majority of the states passed constitutional amendments prohibiting same-sex marriage, and most by huge margins.
The President has made his decision. The Attorney General has now made his announcement. Mark your calendars for yesterday. That day now represents a tragic milestone in the betrayal of marriage.
Mohler indeed puts his finger on two disturbing problems reflected in this decision. One is the low view of the “rule of law.” The other is the fact that so few people now care about this issue, and even fewer will care in the future. I heard another report which noted that current polls reveal that among those under 30 years of age, 55% say they have no objections to same-sex marriages and only 30% expressed strong objections against it.
The reality is that those of us who hold to Biblically faithful views on marriage and family are becoming increasingly out of step with our secular fellow citizens. We are becoming more and more a “peculiar” people. What will this mean for our believing children as they continue in the faith? What kind of cultural opposition will they face as adults? What must we do now to thoroughly ground them in the truth and train them to defend all aspects of the faith once delivered to the saints? These questions belie the importance of what we are doing as a church: gathering, worshipping, teaching, studying, praying, ministering, loving, believing, trusting, hoping.
In Psalm 11:3 David asks, “If the foundations be destroyed, what can the righteous do?” He then immediately answers with a reminder of God’s sovereignty: “The LORD is in his holy temple, the LORD’s throne is in heaven” (v. 4a).
Grace and peace, Pastor Jeff Riddle
Posted by Jeffrey T. Riddle at 8:05 PM