"You make me feel this big!" 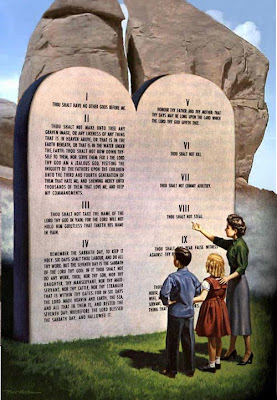 I was able to continue our sermon series in Romans 7—8 last Sunday by preaching on “The law is holy” from Romans 7:7-12. Here’s an illustration I used in the conclusion:
In his discussion of this passage, James Montgomery Boice tells a story about John Gerstner, a minister and seminary professor (see Romans, Volume 2 [Baker, 1992]: p. 746). On one occasion Gerstner was preaching in Romans, and he was expounding upon the law of God. He was stressing how the law exposed the sinfulness of man and his utter need for Christ. At the end of the service, a woman approached him holding up her hand with her index finger and thumb about a half inch apart saying, “Dr. Gerstner, you make me feel this big!” Gerstner replied, “But Madam, that’s too big. That’s much too big. Don’t you know that that much self-righteousness will take you to hell?”
JTR
Posted by Jeffrey T. Riddle at 2:45 PM