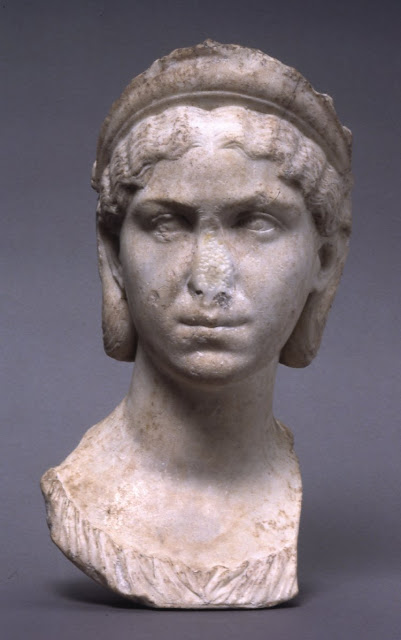 This is an occasional series of readings from and brief notes and commentary upon Eusebius of Caesarea’s The Ecclesiastical History: Book 6, chapters 20-22. Listen here.

These chapters describe various “learned churchmen” who lived and ministered around the time of Origen. It is also keen to discuss the transitions in Roman imperial power.

Chapter 20 notes that the letters of these various churchmen were readily available in the library (bibliothēke) in Aelia (the name given Jerusalem after the failed second Jewish War), where Alexander was bishop.

Beryllus, bishop of the Arabians at Bostra.

Hippolytus “who also presided over another church somewhere” (!).

Gaius, who wrote the Dialogue of Gaius against Proclus of the Phrygians (Montanists), during the time of Zephyrinus of Rome. Eusebius says Gaius curbed the heretics in their audacity to write “new Scriptures [kainas graphas].” He adds that Gaius and the Romans held to only 13 Pauline epistles, excluding Hebrews (as being Pauline).

Chapter 21 describes transitions in Roman Emperors from Antoninus to Macrinus (c. 217) to another Antoninus (Elegabalus).

This is paralleled by transitions in the Roman church from the leadership of Zephyrinus to Calistus to Urban.

Back to the emperors, it is noted that Alexander (Severus) rose to rule.

While in the church at Antioch, Philetus succeeded Asclepiades as bishop.

The chapter closes with an anecdote to illustrate Origen’s “universal” fame, suggesting that (Julia Avita) Mamaea, mother of Alexander Severus, brought him to Antioch, under military escort, so she could hear his teaching.

Chapter 22 turns to describe the writings of the aforementioned Hippolytus, which included these eight writings:

On what followed the Hexamaëron.

On Parts of Ezekiel.

Against All the Heresies.

Eusebius adds that he wrote many other things as well.

In these chapters Eusebius is keen to note that Origen was not alone as a Christian writer and thinker in his age, but he was joined by others. As we have become accustomed, Eusebius again lists the succession of the Emperors in parallel with the succession of the bishops in key cities. So, there are secular and ecclesiastical transitions. Of note is the meeting of Origen with the regent Mamaea, mother of Alexander Severus. She is described as “a religious woman if ever there was one.” This illustrates that the Romans at the highest levels were becoming aware of and trying to understand the nascent Christian movement.