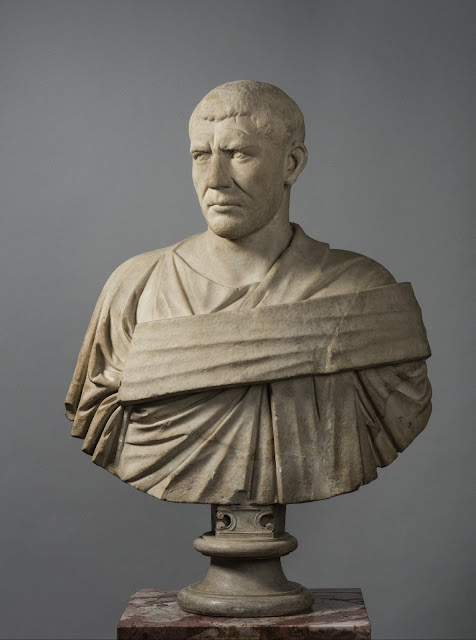 This is an occasional series of readings from and brief notes and commentary upon Eusebius of Caesarea’s The Ecclesiastical History: Book 6, chapters 33-38. Listen here.

These chapters continue the account of the life of Origen, with some special emphasis on his refutations of heresies, his interaction with the imperial family, and his writing.

Chapter 33 describes how Beryllus, bishop of Bostra in Arabia, denied the pre-existence and divinity of Christ and was corrected in his views by Origen in a synod.

Chapter 34 describes how the emperor Philip succeeded Gordian as Roman emperor. Marcus Julius Philippus (c. 204-249), also known as Philip the Arab, was the emperor from 244-249. Eusebius claims that he was a Christian. If true, he would have been the first Christian emperor (pre-dating Constantine). Later historians have suggested he was not a Christian but only that he was sympathetic with and lenient toward the Christians. Eusebius says the emperor wished to join the Christians on the last day of the paschal vigil, but he was not permitted to do so by the presiding officer (the bishop), till he confessed his sins and was placed with the penitent. It is said that he readily obeyed this order.

Chapter 35 notes the death of Heraclas of Alexandria and his replacement by Dionysius as bishop.

Chapter 36 notes that Origen, now over 60 years in age, allowed “short-hand writers” to take down his public discourses.

In this time, he composed his response to the anti-Christian work True Discourse of Celsus the Epicurean, as well as his commentaries on the Gospel of Matthew, and on the Twelve Prophets (the Book of the Twelve).

Eusebius also notes a collection of more than a hundred of Origen’s letters, including ones written to the emperor Philip, to Philip’s wife Severa, to Fabian of Rome, and to other church leaders.

He adds that more information on Origen is supplied in his Apology on the life of Origen.

Chapter 37 notes another heresy that arose in Arabia, which taught that the soul perishes at death and is only revived at the resurrection. Origen also refuted this view in a synod.

Chapter 38 describes another heretical movement, the Helkesaites, refuted by Origen in an address on Psalm 82. The errors of this group included its rejection of “the Apostle” (presumably, the writings of Paul), its suggestion that one could deny the faith with his mouth but not in his heart, and its claim to have a book “fallen from heaven” which taught a means of forgiveness other than through Christ.

These chapters present Origen as the premiere “orthodox” theologian of his time, an effective teacher and writer, called upon to refute and correct various errors. It also describes the rise of Philip and claims that he was a Christian and corresponded with Origen. These claims about Origen are striking given that some of his own teaching came under suspicious in later generations and were denounced as heterodox.