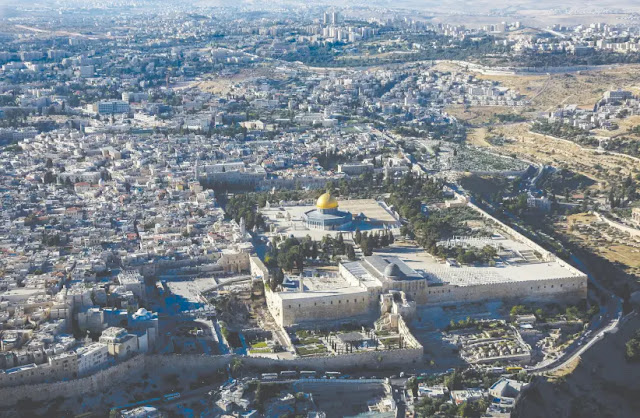 This is an occasional series of readings from and brief notes and commentary upon Eusebius of Caesarea’s The Ecclesiastical History: Book 6, chapters 9-11. Listen here.

These chapters focus on Narcissus, bishop of Jerusalem, and his successor Alexander.

Chapter 9 begins with an account of a supposed miracle performed by Narcissus during the Pascha when water was turned into oil (cf. Christ’s turning water into wine in John 2).

It proceeds to tell of opposition to Narcissus, which included slanderous charges against him. An anecdote is relayed about three accusers who swore that if what they were saying about him was false, they might, each in turn, be destroyed by fire, be wasted by disease, and be blinded.

Though supported by the faithful Narcissus withdrew to the desert for solitude.

The three accusers were recompensed by “the great eye of Justice.” The first was burned to death with his family in a house-fire. The second contracted a disease that covered him head to toe. The third, seeing what had happened to the first two repented, but then cried so profusely that he was blinded.

Chapter 10 relays that during Narcissus’s retreat to the desert he was succeeded as bishop by Dius, then Germanion, and then Gordius.

When he remerged from seclusion, he was once more appointed “the presidency [epi tēn prostasin]” by the brethren.

Chapter 11 records how that in his old age, Narcissus was joined by Alexander in a joint ministry with him. Alexander was summoned to this duty “by a revelation” which came to him at night, while in Cappadocia. Those in Jerusalem received the same revelation.

A letter, which Eusebius claims is still extant, from Alexander to one named Antinoites which mentions that Narcissus was around this time 116 years old.

Attention then shifts from Jerusalem to Antioch. In Antioch, Serapion was succeeded by Asclepiades, as cited in another letter by Alexander, this one addressed to the church at Antioch, and delivered by the hand of Clement of Alexandria.

These chapters focus on the ministry of Narcissus and Alexander and the extra-ordinary events associated with them. This focus likely comes in the midst of the discussion of the life and ministry of Origen given Alexander’s role in the appointment of Origen to the office of presbyter. As frequently seen in Eusebius, the proper succession of bishops and the piety and faithfulness of the bishops in Jerusalem and Antioch is stressed.