Eusebius, EH.6.12: Serapion of Antioch and the Gospel of Peter 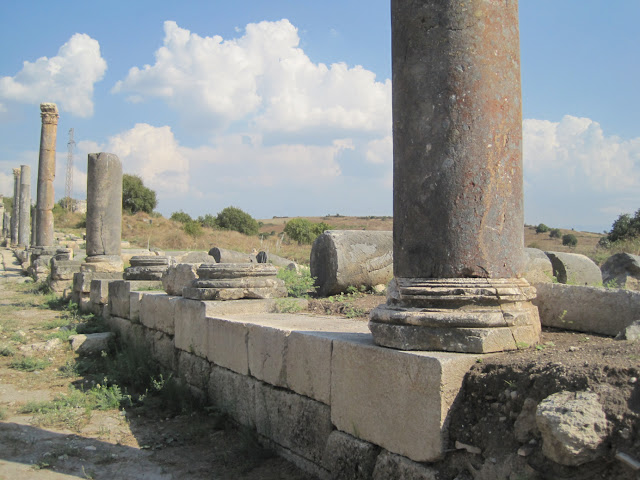 This is an occasional series of readings from and brief notes and commentary upon Eusebius of Caesarea’s The Ecclesiastical History: Book 6, chapter 12. Listen here.

This chapter focuses on the ministry and apologetic writings of Serapion, bishop of Antioch, and a contemporary of Origen.

In Eusebius’s catalogue of the writings of Serapion the following are mentioned:

First, a work addressed to Domnus, who had fallen away from the faith during the time of persecution.

Second, a work addressed to Pontius and Caricus, and others.

Finally, a work Concerning what is known of the Gospel of Peter.

It is this final work that the remainder of the chapter discusses.

Eusebius explains that Serapion wrote this work to a community in Rhossus, who had been influenced by the apocryphal Gospel of Peter to embrace heterodox views relating to Christology, the doctrine of Christ.

An excerpt from the book is share in which Serapion says that though he accepts Peter and the other apostles, he does not accept works falsely written in their names, like, presumably the Gospel of Peter.

Serapion also notes that he at first believed that all in this community “clung to the true faith.” Thus, when he heard there was a dispute among them about this work attributed to Peter he at first approved its reading among them, but he then later learned that some in this community had their minds “luring in the hole of heresy and reversed his decision on the usefulness of this book.

He notes that the heresy that had infiltrated this community was doceticism (from dokeo, to seem to be), the denial of the true humanity of Christ, a teaching associated with someone named Marcianus.

He adds that review of the Gospel of Peter revealed that although some of it was in accord with “true teaching”, other things were added (docetic content) which disqualified it from use among the orthodox.

This chapter is important for demonstrating the ongoing battle against heresy, in this case Docetism, and also the related battle over the canon of Scripture. The so-called Gospel of Peter is rejected, both because it was a pseudonymous work, not truly written by the apostle Peter, and because it contained false doctrine (Docetism). Thus, it was rejected and denounced by the bishop Serapion, who, like other bishops, served as a guardian of truth.