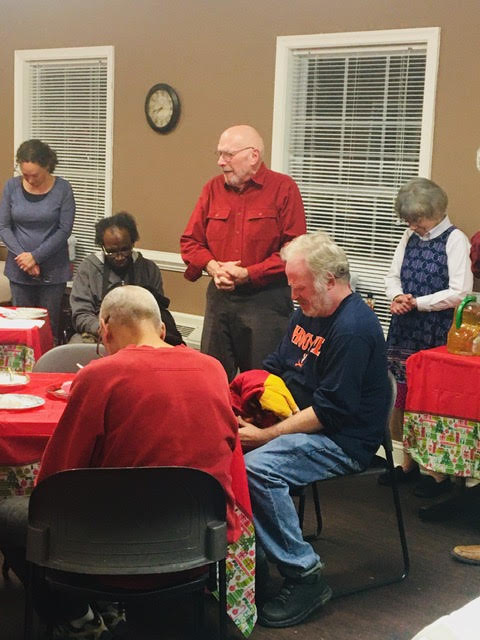 But made himself of no reputation, and took upon him the form of a servant, and was made in the likeness of men (Philippians 2:7).

Let’s look at each:

This verse reminds us that the second person of the Godhead existed before the incarnation of the Word in Jesus of Nazareth.  God has from all eternity been Father, Son, and Holy Spirit, one God in three persons, equal in essence, power, and glory. The second person of the Godhead was in the form (morphe) of God, and did not consider it robbery [harpagmos:  something to be seized, stolen, grabbed at] to be equal (isos) with God (cf. John 5:18; 10:32; 19:7).
Second, his condescension in his incarnation (vv. 7-8):

Three things are described in v. 7:

First, he made himself of no reputation. He laid aside the glory and honors and prerogatives that were rightly his as God.

Second, he took on the form of a servant.  The word servant is doulos, slave.  He went from the highest and most exalted state to the lowest and humblest.

Praise be to God, his death on that cruel cross is not the end of the story!

He was gloriously raised from the dead, appeared to his disciples, and ascended on high to be seated at the right hand of God the Father Almighty (cf. Mark 16:19).

Finally, the Christ hymn proceeds to tell of yet another level or stage of Christ’s exaltation that has yet to be achieved, and it is the final and universal acknowledgement of his great identity by all creation, including all men.

What is described here is not universal salvation but universal acknowledgement of the identity and greatness of Christ. The godly will do this willingly, but the ungodly “by force” (Matthew Poole).