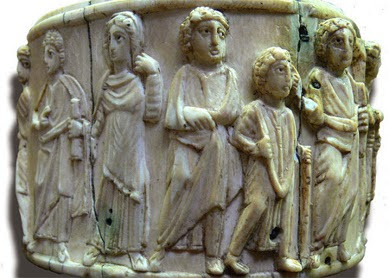 The woman taken in adultery passage (John 7:53—8:11) is perhaps the best loved, and the most controversial, and the most misinterpreted account in the Gospel of John.

It is perhaps the best loved, because it is in miniature the story of every believer. Perhaps we have committed outright adultery or we have committed mental or emotional adultery. We have broken God’s laws. We have committed spiritual adultery by having other gods above God. We have been caught in the act, and we have no excuse and can make no plausible defense for ourselves. We deserve everything we ought to get. We are exposed. And there is only one who can judge us, and it is a holy God himself. But then he sends forth his own dear Son to stand in our place and to take upon himself the wrath we deserve. So that, for us, there is now no condemnation. The “hanging” judge then takes us from the criminal court to family court, and he grants us spiritual adoption so that we become co-heirs with his own dear Son.

It is perhaps the most controversial, because some have tried to remove it from the text of Scripture. Witness the many modern Bibles that now place this text within brackets or even relegate it to the footnotes. Still, it has tenaciously held its place in God’s Word. Why has it been attacked? Because some have been offended by such an outlandish display of God’s grace in Christ toward this woman. Augustine of Hippo knew of attempts to suppress this account in his day (c. early fifth century), writing:

Certain persons of little faith, or rather enemies of the true faith, fearing, I suppose, lest their wives should be given impunity in sinning, removed from their manuscripts the Lord’s act of forgiveness toward the adulteress, as if he who said, “sin no more” had given permission to sin.

Christ couldn’t have done this, some think. But he did. And the saints of God will never let this precious account slip from God’s Word.

It is perhaps the most misinterpreted. How many have mis-used, “Let he who is without sin cast the first stone” to cover, ignore, justify, or obfuscate their own sin? They do the same with Matthew 7:1. Somehow, they conveniently miss consideration of Christ’s final words to this woman: “Go, and sin no more.” Christ not only saves men, but he also changes them. He calls them to live in ways above and beyond which, humanly speaking, they are capable. And this casts them again and again at the feet of Christ, confessing their sin, seeking his forgiveness, and being helped up again to walk in newness of life.

Calvin observes: Here we see “the design of the grace of Christ”: that a sinner reconciled to God “may honor the Author of his salvation by a good and holy life.”