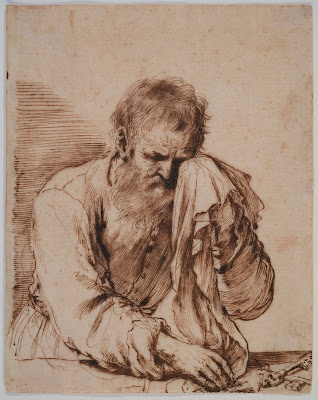 One of the most poignant moments in the Gospel account of Christ’s passion is Peter’s reaction upon his denial of Jesus:

In The Story of Christianity, David Bentley Hart reflects on the significance of this description:

This may perhaps seem a rather unextraordinary episode, albeit a moving one. But therein lies its peculiar grandeur. To us today it seems only natural that a narrator should pause to record such an incident, and treat it, with certain gravity; but, in the days when the Gospels were written, the tears of a common man were not deemed worthy of serious attention. They would have been treated by most writers as, at most, an occasion for mirth. Only the grief of the noble could be tragic, or sublime or even fully human.

The tears of Peter were therefore indicative of a profound shift in moral imagination and sensibility. Something had become visible that had formerly been hidden from sight. For Christian thought, God had chosen to reveal himself among the least of men and women, and to exalt them to the dignity of his own sons and daughters. And, as a consequence, a new vision of the dignity of every soul had entered the consciousness of the Gentile world (18).

Peter denied knowing Jesus. Judas betrayed Jesus by handing him over to the authorities to be crucified. There's a big difference between denial and betrayal.

Agreed. Betrayal of confidence meant but I see how this could be misunderstood, so corrected. Thanks.