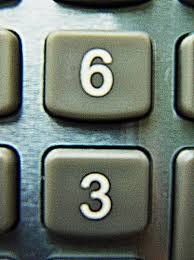 I have recorded and posted WM # 63, the last in a four part series reviewing the 2012 sermon by Pastor Carey Hardy on the ending of Mark (see WM #60, WM # 61, and WM # 62).  This episode covers the concluding arguments in Pastor Hardy’s sermon, including his contention that Mark was intended to end at 16:8.

I close with four objections to the contemporary argument that Mark was intended to end at Mark 16:8 [“And they went out quickly, and fled from the sepulchre; for they trembled and were amazed: neither said they any thing to any man; for they were afraid.”]:

First, this new consensus is relatively recent or novel.

There is no historic tradition of such an interpretation.  Lunn:  “If Mark’s Gospel did originally close with 16:8 it is remarkable that no biblical scholar ventured an interpretation of this verse as the Gospel’s conclusion until relatively recent times” (The Original Ending of Mark, p. 14).

Second, there is a major grammatical problem with the suggestion that Mark fittingly ends at 16:8.

If Mark ends at 16:8 then the final word of the Gospel is the post-positive conjunction gar “for.”  No other Greek work can be located that ends with this particle.

That Mark ends in this way, Lunn says, “is an extremely unlikely possibility” (p. 14).

Third, If Mark ends at 16:8 there is no narrative fulfillment of the resurrection predictions.

Fourth, most importantly, if Mark ends at 16:8 it offers a truncted presentation of the Christian gospel by excluding the resurrection appearances.

If Mark does not have resurrection appearance then it would be the only one of the four canonical Gospels to do so [cf. Matthew 28; Luke 24; John 20-21].

This would be in contradiction to the early Christian proclamation of the gospel.  Compare 1 Corinthians 15:3-8 with its stress on four key historical facts:  Jesus’ death, burial, resurrection, AND his resurrection appearances.  Would we really have an orthodox, canonical Gospel which omits this key element?

“Today we know that the last twelve verses of the Gospel according to Mark (xvi. 9-20) are absent from the oldest Greek, Latin, Syriac, Coptic, and Armenian manuscripts, and that in other manuscripts asterisks or obeli mark the verses as doubtful or spurious. Eusebius and Jerome, well aware of such variation in the witnesses, discussed which form of text was to be preferred. It is noteworthy, however, that neither Father suggested that one form was canonical and the other was not. Furthermore, the perception that the canon was basically closed did not lead to a slavish fixing of the text of the canonical books. Thus, the category of 'canonical' appears to have been broad enough to include all variant readings (as well as variant renderings in early versions) that emerged during the course of the transmission of the New Testament documents while apostolic tradition was still a living entity, with an intermingling of written and oral forms of that tradition. Already in the second century, for example, the so-called long ending of Mark was known to Justin Martyr and to Tatian, who incorporated it into his Diatesseron. There seems to be good reason, therefore, to conclude that, though external and internal evidence is conclusive against the authenticity of the last twelve verses as coming from the same pen as the rest of the Gospel, the passage ought to be accepted as part of the canonical text of Mark.” (Bruce Metzger, “The Canon of the New Testament: Its Origin, Development, and Significance” (Oxford: Clarendon Press; 1997) pp. 269-270)

Thanks for the quote AJ. Very interesting. Typical of Metzger, he nuances the information to match his preconceived conclusions (e.g., the LE is "absent from the oldest" mss.). This is misleading, since, for example, it is "absent" in only two Greek mss and it is present in others of comparable antiquity. He does acknowledge the LE in Justin M. and Tatian but does not mention the most important Patristic reference: Irenaeus. His comments on including "all variant readings" anticipates the postmodern approach of D. C. Parker and the "texts" of the NT rather than the "text." Also of note is that he sees the LE as canonical even if not Markan. This is also the view of D. A. Black. Oddly enough, many modern "conservative" evangelical pastors are now being more "radical" than Metzger by not only rejecting the LE as Markan but also as canonical and inspired!!!

You make some very good points Pastor Riddle, and I greatly appreciate the work you do on this important subject. It's interesting that so-called "conservative" evangelical pastors, teachers, and apologists disagree with Metzger when it comes to the canonicity of the long ending of Mark. It seems Metzger took an historical church usage approach to its canonicity.