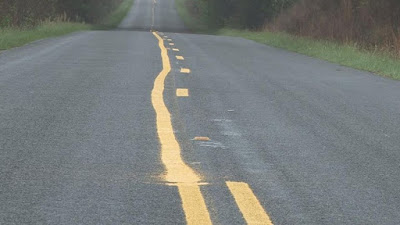 Ecclesiastes 1:15 That which is crooked cannot be made straight: and that which is wanting cannot be numbered. 16 I communed with mine own heart, saying, Lo, I am come to great estate, and have gotten more wisdom than all they that have been before me in Jerusalem: yea, my heart had great experience of wisdom and knowledge. 17 And I gave my heart to know wisdom, and to know madness and folly: I perceived that this also is vexation of spirit. 18 For in much wisdom is much grief: and he that increaseth knowledge increaseth sorrow.

In v. 15 we have a remarkable inspired assessment of man in his unregenerate state.  This is the unsparingly realistic, Biblical view of man:  “That which is crooked cannot be made straight: and that which is wanting cannot be numbered.”  It states two corresponding truths.

First, there is something in unregenerate man that is warped, and it cannot be straightened out through his own efforts or the efforts of others.  The Puritan Thomas Boston wrote a book titled “The Crook in the Lot” reflecting on the afflictions endured by sinful men.  Another writer said, “Nothing but the cross of Christ makes other crosses straight” (as in Bridges, Ecclesiastes, p. 22).

This crookedness in humanity is a reality that the person with a secular, progressive spirit so often chooses to ignore.  He denies the reality of man’s original sin and thinks unregenerate men are inherently good.  He just needs a better environment, better nurture, and all will naturally improve.  He does not acknowledge that there is something crooked in man that cannot be straightened.

Second, the things that unregenerate men lack spiritually speaking are as numerous as the sand on the seashore or the stars in the sky.  They cannot be numbered.  They cannot be accurately accounted, diagnosed, described, or comprehended.
Solomon even reflects on the internal communion he experienced in his own internal counsels (v. 16).  He knew he was in position of privilege.  He had come “to great estate.”  His wisdom and knowledge surpassed those who had come before him.

In particular he came to be a great student of anthropology, the condition of man (v. 17a).  He came especially to know man’s capacity to understand wisdom (living to glory God and to be a blessing to man) but also “madness and folly.”  The latter is another term frequently repeated in this book.  Man can live with the sanity of wisdom or the insanity of folly.

Solomon proceeds to offer the conclusion that even this spiritual insight gained was but “a vexation of spirit” (v. 17b).

Here is a spiritual truth:  An awakened conscience and the stirring of spiritual life in a man actually bring with it a special misery and grief that he did not have before.  Ignorance is, at least temporally, bliss.  Before a man is converted he does not understand God’s holiness.  He does not understand his crookedness, his sin.  He does not know of God’s wrath and the justice that awaits.  He is like a man walking around with terminal cancer but who never goes to the doctor, doesn’t know he has the illness, and thinks he is just fine, oblivious to the fact that suffering and death soon awaits him.

Knowledge brings misery.  But it also sends us to Christ for relief.  Charles Bridges in his commentary on this passage asks:  “Is not, then, the lowest condition in godliness far happier and far safer than the highest ground of earthly prosperity?” (p. 35).

Grace and peace, Pastor Jeff Riddle
Posted by Jeffrey T. Riddle at 9:23 AM