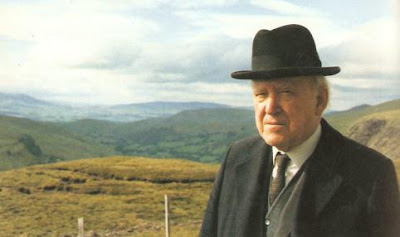 Therefore I went about to cause my heart to despair of all the labour which I took under the sun (Ecclesiastes 2:20).

There is nothing better for a man, than that he should eat and drink, and that he should make his soul enjoy good in his labour. This also I saw, that it was from the hand of God (Ecclesiastes 2:24).

This week I went back and read the opening chapters to the classic devotional work by David Martyn Lloyd-Jones titled Spiritual Depression:  Its Causes and Cures (Eerdmans, 1965).  Lloyd-Jones was the longtime pastor at Westminster Chapel in downtown London.  He had been a medical doctor before he was called into the ministry, so he understood both the physical and spiritual aspects of what he called “spiritual depression.”

In the book he cites five causes of spiritual depression:

He notes:  “There is a type of person who is particularly prone to spiritual depression” (pp. 16-17).  He suggests these persons are often introverts who are prone to unhealthy introspection rather than healthy self-examination.

Among these he lists “tiredness, overstrain, illness, any form of illness” (p. 19).

He adds:  “The greatest and the best Christians when they are physically weak are more prone to an attack of spiritual depression than at any other time….” (p. 19).

Lloyd-Jones warns that we are often prone to spiritual depression as a reaction “after great blessing” or “after some unusual and exceptional experience” (p. 19).

Spiritual depression comes as the result of spiritual attack.  This is “the one and only cause” (p. 19).

He calls this “the ultimate cause” for without it “even the devil could do nothing” (p. 20).

Lloyd-Jones’ offers this remedy for spiritual depression:  “We must take ourselves in hand” (p. 20).  “We must talk to ourselves rather than letting ‘ourselves’ talk to us” (p. 20)!  “The main art in spiritual living is to know how to handle yourself” (21).

Lest we think Lloyd-Jones was some kind of self-help guru, he also clearly says that the true foundation for overcoming spiritual depression is grasping the doctrine of justification by grace through faith.

Nevertheless, Lloyd-Jones also concludes that going through spiritual depression, including feeling miserable and wretched, is necessary for the Christian.  He says, “You must be made miserable before you can know true Christian joy” (p. 28).  He calls the experience of this misery or despair “the essential preliminary to joy” (p. 28).

It is said that when John Calvin was dying, while in a moment of intense suffering, he said:  “Thou bruisest me, O Lord, but it amply sufficeth me, that it is thy hand” (as in Bridges, Ecclesiastes, p. 41).

I don’t know why Solomon fell into this slough of despond.  His life line out of his despair seems to have come when he sat down to do something as mundane as eating a meal and it struck him, “This also I saw that it was from the hand of God” (Ecclesiastes 2:24b).

He came to understand:  Yes, my labor is and would be meaningless apart from Christ.  But my life is made meaningful because of Christ.

At the close of each message in the Ecclesiastes sermon series, I have been trying to find some fitting parallel to the New Testament. The one that came to mind to place alongside this passage were these words from Jesus recorded in Matthew:

Matthew 11:28 Come unto me, all ye that labour and are heavy laden, and I will give you rest. 29 Take my yoke upon you, and learn of me; for I am meek and lowly in heart: and ye shall find rest unto your souls. 30 For my yoke is easy, and my burden is light.

Grace and peace, Pastor Jeff Riddle
Posted by Jeffrey T. Riddle at 9:57 AM