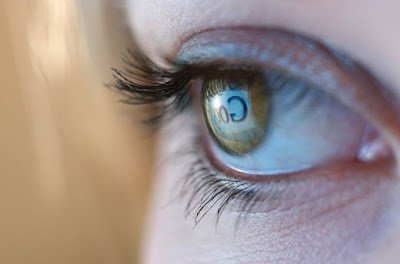 All things are full of labour; man cannot utter it: the eye is not satisfied with seeing, nor the ear filled with hearing (Ecclesiastes 1:8).

In this verse Solomon describe man’s insatiable (unsatisfied) sensory appetite for the things of the natural world.  It is expressed in two statements:  “the eye is not satisfied with seeing, nor the ear filled with hearing.”

How immediately we can resonate with this in the digital age, where at the click of a mouse we can bring any site foul or fair before our eyes.  We can hear nearly any speech, listen to nearly any song, in nearly any genre, in nearly any language.  But what is becoming the distinguishing mark of this generation?  Boredom.  When the envelope has been pushed to the extreme the result is not satisfaction but dissatisfaction and the craving for more.  I once heard a man say that if he had a choice between food and hi-speed internet he’d take the internet.

We are acutely aware of this now, but it was just as true in Solomon’s day.  It was true when there was no television, when there was no video, and no audio recordings in any form.  It is just as true for the Amish who live without electricity as it is for the man who can’t live without his Facebook.  Man has an insatiable hunger for what he can experience through his senses.

It was in attacking this stronghold that John wrote:

What a difficult battle it is!  When Bunyan wrote his allegory called The Holy War about the battle for the town of Mansoul as Emmanuel retakes it from the clutches of the wicked Diabolos, he describe how important was the defense of the five entrances into the place, including:  eye-gate, ear-gate, mouth-gate, nose-gate, and feel-gate.

Indeed, how weak and vulnerable is man in his unregenerate state before the onslaughts of Satan!  The description is bleak.  But where is the gospel in this?

I believe it is there in pointing us to our need for Christ.  To those whose eyes were never satisfied and whose ears were never filled, Jesus said:  “I am the bread of life: he that cometh to me shall never hunger; and he that believeth on me shall never thirst” (John 6:35).

There is nothing new under the sun.  Man’s need of Christ is the same in the twenty-first century as it was in the tenth century BC when Solomon lived and in the first century AD when Jesus himself walked the earth.  He is the only one who can satisfy.

Grace and peace, Pastor Jeff Riddle
Posted by Jeffrey T. Riddle at 9:17 AM