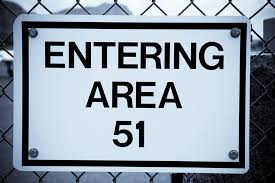 Quite a bit of the discussion in this episode focuses on the Pericope Adulterae (John 7:53—8:11), one of the two longest textual variations in the NT.  Among other things, in this episode:

1. I express my dislike for JW’s comment (borrowed from Dan Wallace) that the PA is his “favorite story that’s not really in the Bible.”  If he and other modern text advocates truly believe that this passage is uninspired why do they not then insist that Bibles be printed without it?

2.  I noted that JW’s critique of critics like Bart Ehrman is more than a little disingenuous given that, though they may differ on the doctrine of inspiration, when it comes to the text of Scripture they are in agreement in supporting modern reasoned eclecticism.

3.  I pointed out that JW’s response to Paul Barth’s citation of Augustine was off point.  The Augustine citation shows that the PA was known in the fourth century.  It also shows that Augustine knew it was being removed by some from the text. JW tries to downplay Augustine by pointing out that he did not know Greek well and by trying to shift the discussion to Augustine’s views on canon (in particular his views on the apocrypha).  This misses the main point that Augustine both provides a witness to the PA in a time period roughly contemporaneous with the most ancient uncial witnesses that omit it and that he provides a witness to controversy over the passage.

4.  I noted that JW’s attack on Codex Beza is misguided.  He calls it the “Living Bible” of Greek texts in an effort to diminish the fact that it provides an early witness to the PA in John.  He fails to mention that Beza has also been used to support readings in the modern critical text (cf. Westctott and Hort’s “non-Western interpolations”).

5.  I made mention of my paper John Calvin and Text Criticism (listen here), refuting JW’s contention that the TR was not the text of Calvin and the other magisterial reformers.

6.  I respond to JW’s repetition of the PA as a “floating tradition” argument, which contends it should be rejected because it never had a stable place in John’s Gospel.  I note that Chris Keith (a scholar who does not uphold the authenticity of the PA and embraces the modern critical text) has soundly refuted the “floating tradition” argument simply by pointing out that all of the mss. where the PA does not appear at John 7:53—8:11 are late.

I also pointed out that this is not the only example of a scribal insertion of a passage from one Gospel into another.  Example:  In his book Codex Sinaiticus David C. Parker notes that John 19:26 (Jesus being pierced in his side with a spear) is inserted at Matthew 27:49 in both Codex Sinaiticus and Codex Vaticanus (see pp. 102-103).

See also my summary of the 2014 PA conference at SEBTS (here), my previous post on the PA as a “floating tradition” (here), and Chris Keith’s 2009 article in Novum Instrumentum, “The Initial Location of the Pericope Adulterae in the Fourfold Tradition” (here).  Will JW ever stop using this argument to reject the PA?  In the future I suggest that when JW raises the PA as a "floating tradition" argument that those interacting with him should ask, “Have you read Chris Keith’s article rejecting this argument?”

I know that James White stands among believing scholars who advocate the CT in saying that we can use reasoned eclecticism in order to somehow construct the original. Would it be safe to say that Bart Ehrman rejects that notion and would instead say that it's impossible to get back to the original?

Certainly JW would differ from BE in that JW is a believer and BE is not.

As for methodology, as I read him, BE is actually a bit more "conservative" than some of the more recent cutting edge text critics, like David C. Parker, in that he believes the modern critical text at least fairly closely approximates the original. JW quotes BE, for example, as saying that the basic work of text criticism in establishing the text of the NT has basically been accomplished.

My point was that JW and BE are more similar than different in that (1) they both embrace the modern reason eclectic method of text criticism; and (2) they both agree on the major text critical problems (e.g., they reject the authenticity and originality of the longer ending of Mark and of the PA). They might debate the inspiration, sufficiency, or reliability of Scripture but there are actually only a few passages where they disagree on the text.

I snagged this from one of Robert Truelove's facebook comments, where he said basically what you said, but added this:

"MS 1333 does not merely place the PA "at the end of Luke" but it actually is on a separate page between Lk and Jn, and it has the (lectionary!) heading EK TOU KATA IWANNOU [i.e. from out of John] attached!"

Thanks for this info. I wonder if there is an image of the ms. online somewhere. I'd like to see this.