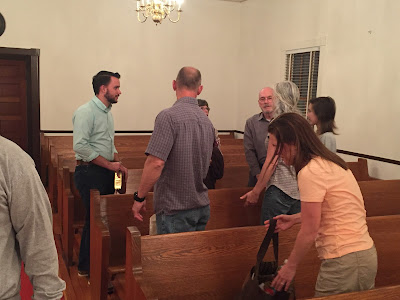 “For the law made nothing perfect, but the bringing in of a better hope did; by the which we draw nigh unto God” (Hebrews 7:19).

“For the law maketh men high priests which have infirmity; but the word of the oath, which was since the law, maketh the Son, who is consecrated for evermore” (Hebrews 7:28).

That statement could, I admit, be taken in a perverse manner.  It might suggest an anti-nomian spirit, a law-less spirit.

As, however, the Reformation Heritage Bible puts it:  “Under the gospel, the ceremonial law has been abrogated and the civil law has expired.  But the moral law—written on human hearts at creation, ratified as the covenant of works, and confirmed by Christ—continues to bind all human beings to obey it.”

Indeed, we can affirm today with the writer of Holy Scripture:  Christ is greater than the law!

Grace and peace, Pastor Jeff Riddle
Posted by Jeffrey T. Riddle at 10:00 AM