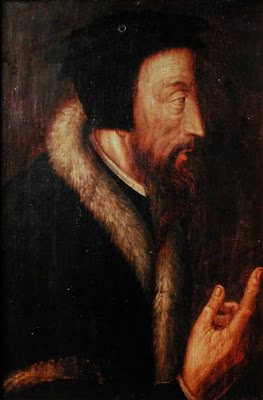 Note: This is part ten in our series from Calvin's Institutes on church government and offices. Here Calvin begins to turn to the issues of calling and ordination.

Now seeing that in the sacred assembly all things ought to be done decently and in order (1 Cor. 14:40), there is nothing in which this ought to be more carefully observed than in settling government, irregularity in any respect being nowhere more perilous. Wherefore, lest restless and turbulent men should presumptuously push themselves forward to teach or rule (an event which actually was to happen), it was expressly provided that no one should assume a public office in the Church without a call (Heb. 5:4; Jer. 17:16). Therefore, if any one would be deemed a true minister of the Church, he must first be duly called; and, secondly, he must answer to his calling; that is, undertake and execute the office assigned to him. This may often be observed in Paul, who, when he would approve his apostleship, almost always alleges a call, together with his fidelity in discharging the office. If so great a minister of Christ dares not arrogate to himself authority to be heard in the Church, unless as having been appointed to it by the command of his Lord, and faithfully performing what has been intrusted to him, how great the effrontery for any man, devoid of one or both of them, to demand for himself such honour. But as we have already touched on the necessity of executing the office, let us now treat only of the call.
Analysis: Calvin warns that irregularity in government is "perilous." Men should not presume to push themselves forward for the teaching office without a clear sense of call. In further entries Calvin will flesh out the meaning of a call to ministry.
Posted by Jeffrey T. Riddle at 10:34 AM