John A. Broadus's Commentary on Matthew, the Doxology of the Lord's Prayer, and a Providential Irony 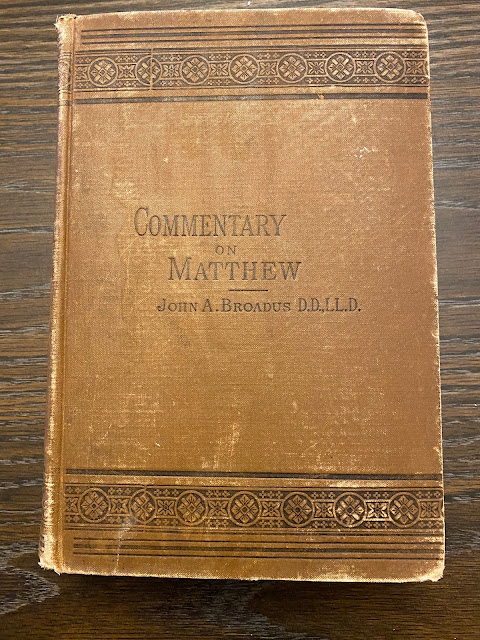 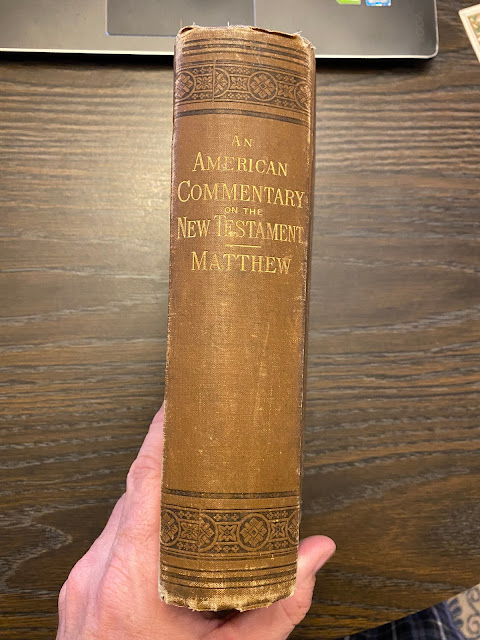 I got this copy of John Broadus's Commentary on Matthew (1886) in the mail this week. I’m preaching through Matthew on Sunday mornings and found this for only $10 on amazon.

The Broadus commentary on Matthew is a whopper. After 51 pp. of front matter, including a 43-page general series intro by A. Hovey and an author's preface, the commentary and indices extend to 610 pp.

One way that Broadus’s Matthew Commentary (1886) shows the inroads of modern textual criticism comes in its complete rejection of the authenticity of the doxology of the Lord’s Prayer (Matt 6:13b).

Broadus writes: “The doxology to this prayer in Comm. Ver. Is beyond all question spurious and rightly omitted by Rev. Ver. We may give up the pleasing and familiar words with regret, but surely it is more important to know what the Bible really contains and really means, than to cling to something not really in the Bible, merely because it gratifies our taste, or even because it has for us some precious associations” (139).

This confident statement contra the doxology’s authenticity is, however, open to challenge (see WM 123). 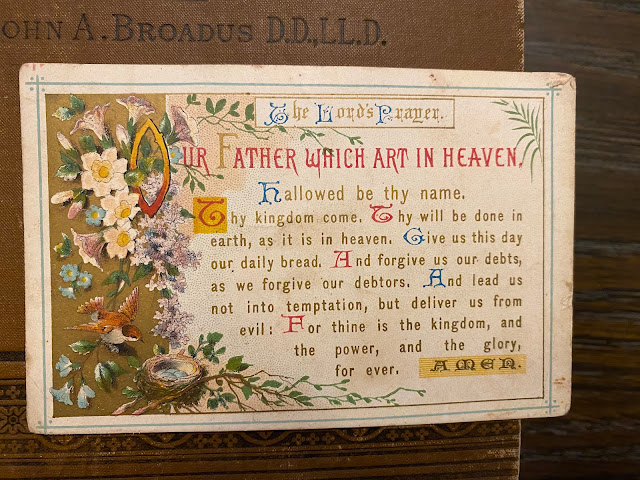 Within the pages of the commentary, I discovered a colorized devotional card with the Lord’s Prayer, which includes the doxology. I found this a providential irony. Through scholars for over 150 years now have tried to convince us that the doxology is spurious, the Lord’s people keep clinging to it. Is this only to gratify their tastes, or due to “some precious associations”? Or, does it display this tenacity, because it is the inspired Word of God?