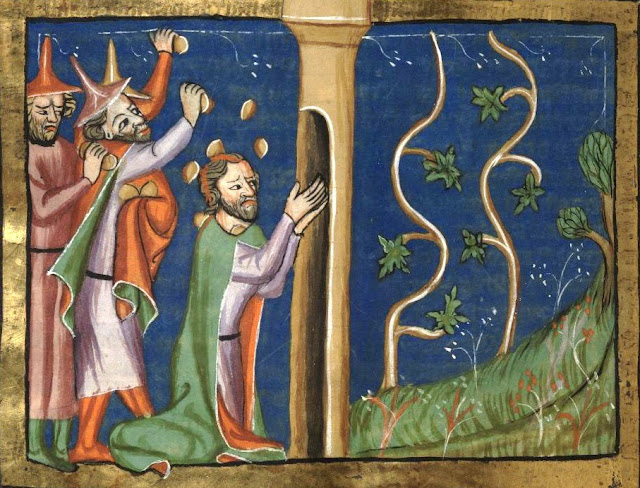 I think the most salient spiritual truth in 1 Kings 21 comes to us in these final words. In this strange kindness to Ahab, we see the heart of a good, kind, compassionate and merciful God.

If he showed mercy to such an ungodly man, what will his mercy be towards those who are born again by grace?

We might also consider how that righteous Naboth is presented as a type of Christ.

Who was Christ but a righteous man who perfectly kept the law of God?

Still, wicked men plotted against him.

He was accused of blasphemy and of making himself a king.

He was deserted by even his closest disciples. No one stood up to defend him.

He was taken out not to be stoned, but to be nailed to the cross.

Unlike Naboth, however, he did not remain in the grave but was gloriously raised.

And what has God done? He has taken those who killed his dear Son and rather than condemn them he has given them grace, mercy, and truth.

Ahab was spared punishment merely in this life. Justice was not removed but only postponed. Those redeemed by Christ have something greater. We escape the second death.

So then, in light of such great grace given us in Christ, let us not be slaves to sin, sold to work evil in the sight of the Lord, but let us be slaves of Christ and slaves of righteousness.