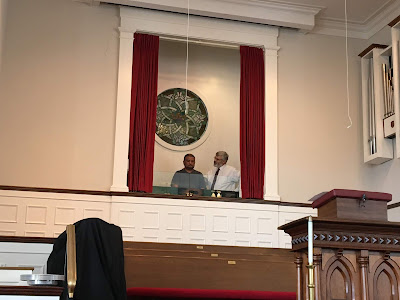 In his article in the book On Being Reformed: Debates over a Theological Identity (Palgrave Pivot, 2018) [see WM 137] defending the propriety of Reformed Baptists to be considered “Reformed” and distinguishing Reformed Baptists from those who are merely Calvinistic Baptists, Matthew C. Bingham offers this succinct summary (pp. 47-48):

To this he then adds:

On these and other points, those Christians subscribing to the 1689 Second London Baptist Confession of faith identity, not with the nebulous and ill-defined “Baptist” community, but rather with the Reformed tradition out of which their confessional document emerged. The fact that seventeenth century churchmen who drafted the confession would not have used the term “Reformed Baptists” to describe themselves was the result of political and cultural, rather than theological, considerations and should not dissuade contemporary Christians from embracing the term without embarrassment. Ultimately, then, if pressed as to why I would eschew terms like “Calvinistic Baptist” and stubbornly persist in calling myself “Reformed,” I would simply have to say that I agree with R. Scott Clark and others when they remind us that “Five Points” are not enough. A Calvinistic and Augustinian monergism does not exhaust the confessional heritage to which I subscribe; for that I need a better term: “Reformed.”