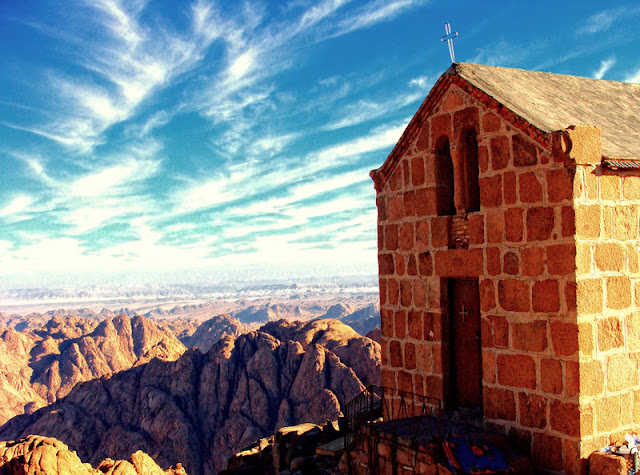 And after the earthquake a fire; but the LORD was not in the fire: and after the fire a still small voice (1 Kings 19:12).

We could call 1 Kings 19:9-18 Elijah’s cave experience. At Horeb, Elijah settles into a cave (v. 9). This says something about his spiritual state.

The word of the LORD, however, came to him in the cave. The Lord does not desert Elijah. He is there at the highest heights and at the lowest depths. And he continues to send his word.

The Lord examines Elijah: What doest thou here, Elijah? (v. 9b). Have you ever been examined of the Lord in this manner? Has he ever asked you: What are you doing in the place where you are?

Elijah defends himself before the Lord (v. 10). He notes how jealous he had been for the Lord. And in contrast he notes the failures of the children of Israel. This is the spirituality of comparison. We can always find someone who is in a worse spiritual state to make comparison to ourselves. The question is not how we compare to other sinners, but how we compare to the righteous standard of Christ.

Elijah contends that he is the only faithful man left in Israel, but we know this cannot be the case. Obadiah had hidden at least a hundred faithful prophets from the ravages of Jezebel (see 18:4, 13).

Elijah, it seems, is having a major pity party. In his narrative, he is the only man in the entire world who has been faithful to God, while everyone else has failed. That is a spiritually dangerous mindset.

Finally, he notes that God’s enemies are seeking his life. Elijah has a fear of man and a fear of death. Everyone has these kinds of fears.

The Lord then commands his prophet to go and stand on the mountain before him (v. 11a). And the LORD passed by. This recalls the Lord showing his glory to Moses (see Exodus 33-34).

There then follows a series of the Lord’s manifestation of his power and presence:

A great and strong wind descends with power to rend mountains and breaks the rocks into pieces. But the Lord was not in the wind.

After the wind, there was an earthquake. But the Lord was not in the earthquake.

So we have God moving powerfully in wind, earth, and fire. These were among the basic elements that many ancients considered to be the building blocks of life.

Many have pondered the significance of this. Could it be that God does not speak as clearly to sinful man in general revelation as he does in special revelation? Could it be that he so often chooses to speak to us not in loud and spectacular extra-ordinary experiences but in small and quiet ordinary experiences? He speaks to us in a still, small voice when we pray, read the Scriptures, and meditate upon them.

May the Lord continue to speak to us in a still small voice, especially when we enter into our own cave experiences.