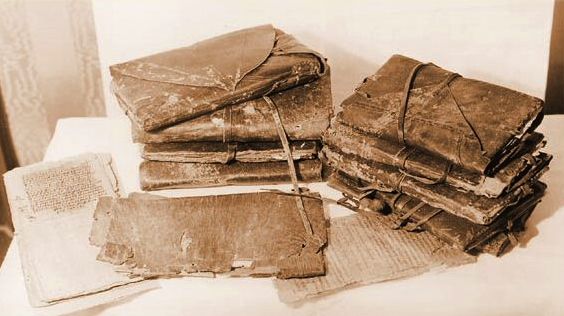 This is an occasional series of readings from and brief notes and commentary upon Eusebius of Caesarea’s The Ecclesiastical History: book 4, chapter 7. Listen here.

In this chapter Eusebius outlines the various heretical teachings that assailed the early Christian movement.

These attacks came when the churches were shining like “brilliant lamps” throughout the whole world and as persecution waned.

He notes two heresies that arose from Menander (and Simon the Sorcerer) which were liked a double-headed snake:

First, Saturninus of Antioch, who established a school in Syria. According to Irenaeus his teaching was very much like that of Menander.

Second, Basilides of Alexandria, who established a school in Egypt and promoted “secret doctrine.” He was refuted by Agrippa Castor who says Basilides wrote 24 books, set up two persons as prophets (Bar Cabbas and Bar Coph), taught that it was permissible to eat food offered to idols and to deny the faith during persecution, and enjoined his followers, as Pythagoras did, to keep silence for five years.

In addition to these two, he also draws on Irenaeus to describe Carpocrates, whom he describes as the father of the Gnostic heresy. These promoted “magical ceremonies,” “love charms,” and other supposed spiritual experiences. They especially stressed mystical initiation rites. Many were piteously deceived and enslaved in this.

Eusebius also notes how these false movements damaged the reputation of orthodox Christians, whom he describes as being a distinct “race” (ethne). Christians were thus falsely accused of incest and of eating “wicked food.” Of the latter Lake write in a note: “The reference is to the story which was at that time told by the heathen of the Christians and has since been told among Christians of the Jews that they kill and eat small children.”

Eusebius contends, however, that these various attacks were refuted as the truth vindicate itself and shone “ever more brightly.”

He seems to say that one of the reasons for the successful refutation of heresy and false attacks was the consistency of the orthodox witness. The true church “ever held to the same points in the same way.” This perhaps anticipates the dictum of Vincent of Lérins in his Commonitorium (c. 434) that the true church is characterized by “what has been believed everywhere, always, and by all [Quod ubique, quod semper, quod ab omnibus creditum est.”].

This chapter is important for showing the centrality of apologetics in distinguishing orthodoxy from heresy, especially Gnosticism, in the early Christian movement. Eusebius writes with confidence of the eventual triumph of the orthodox position.