Eusebius, EH.4.1-2: Christians and Jews in the Time of Trajan 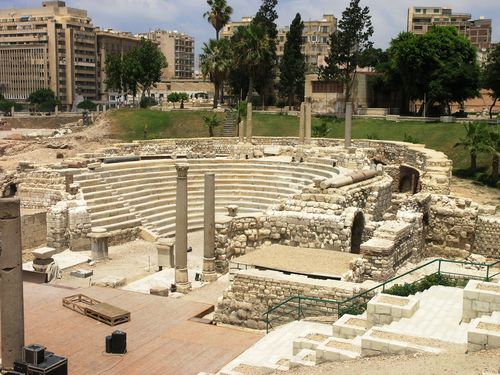 Another episode has been posted to the series on Eusebius of Caesarea’s The Ecclesiastical History: book 4, chapters 1-2. Listen here.

Chapter one covers the succession of bishops in Alexandria, where Primus became bishop, and Rome, where Alexander succeeded Evarestus.

Again, we see the significance of Christians in these major city centers and a concern to trace succession from the apostles.

Chapter two describes various woes suffered by the Jews during this time.

A Jewish revolt in Alexandria and throughout Egypt is described which took place in the 18th year of Trajan’s reign (c. AD 115), and while Lupus was governor of Egypt.

The Jewish leader was named Lucuas. After some initial Jewish victories, the Roman Emperor sent Marcius Turbo to Egypt to put down the rebellion, and he killed many Jews. The Emperor also ordered Lusius Quietus to “clean” the Jews out of Mesopotamia for fear they would join the revolt, and for this he was rewarded by being named governor of Judea.

Eusebius notes that these events are recorded by the Greek historians. K. Lake notes this information is found in the writings of Dio Cassius, but that he gives the Jewish leader’s name as Andreas, rather than Lucuas.

These chapters show the stabilization and growth of the Christian movement and the travails of the Jews in their homeland and in Egypt under Roman rule in the early second century. He presents Christianity as rising and Judaism as fading. The opening sentence of chapter 2 well captures this: “While the teaching of our Saviour and the church were flourishing daily and moving on to further progress the tragedy of the Jews was reaching the climax of successive woes.”