Eusebius, EH.4.5-6: The Church in Jerusalem & the Bar-Cochba Revolt 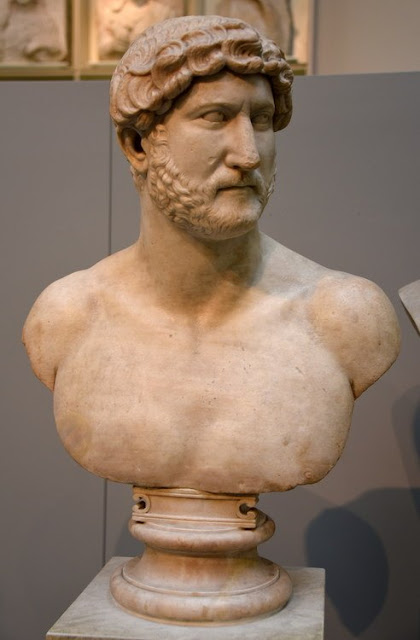 This is another in this occasional series of readings from and brief notes and commentary upon Eusebius of Caesarea’s The Ecclesiastical History: book 4, chapters 5-6. Listen here.

In these chapters Eusebius describes the Jewish Christian church in Jerusalem and the ill-fated Jewish Bar-Cochba Revolt (c. AD 132-135).

Chapter 5 begins with a discussion of the early bishops of Jerusalem. Eusebius says there were 15 bishops in the church in Jerusalem from the time of the apostles up to the siege of Jerusalem by Hadrian and that their occupancies of the office were “short-lived,” no doubt due to persecution and martyrdom. He says he has no written source for the dates of the Jerusalem bishops. He adds that the Jerusalem church was completely Jewish up to the time of Hadrian.

To this information on the Jerusalem church, Eusebius also gives updates on the bishops in Rome and Alexandria.

Chapter 6 then describes the Jewish rebellion during Hadrian’s time led by Simon Bar-Cochba, meaning “son of a star.” Lake point out that after the failed revolt he was called Bar-Choziba, “son of a lie.”

The revolt was ruthlessly put down by Rufus, the governor of Judea, who slaughtered thousands of men, women, and children.

Eusebius says the war reached its height in the siege of a citadel called Beththera, outside Jerusalem.

After the war, Hadrian decreed that no Jew could enter the area of Jerusalem and the city was re-named Aelia, after the emperor Aelius Hadrian.

Eusebius cites as a source for the war the writings of Ariston of Pella, which are no longer extant.

He adds that after Bar-Cochba, Jerusalem was inhabited by Gentiles, where in the church, Marcus became the first Gentile bishop.

These chapters provide important information about Jews and Jewish Christians in Jerusalem during the time of Hadrian. In Jerusalem, in particular, he notes its transition from being a wholly or, at least, predominantly Jewish church to it being a Gentile church.