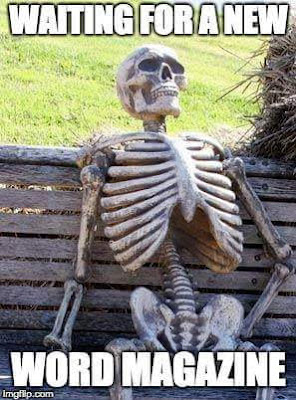 Image: This meme apparently showed up in recent CB discussions. I'm trying to get back on track!

I recorded MW 97: The Text of Peter's Confession in John 6:69 on Saturday evening and just posted this morning. You can listen to this episode here.

How should Peter’s confession in John 6:69 read?

Translations based on the traditional text:

And we believe and are sure that thou art the Christ, the Son of the living God (KJV).

Also we have come to believe and know that You are the Christ, the Son of the living God (NKJV).

Translations based on the modern critical text:

and we have believed, and have come to know, that you are the Holy One of God (RSV).

and we have believed, and have come to know, that you are the Holy One of God (ESV).

We have believed and have come to know that You are the Holy One of God (NASB).

-p66 (dated c. 200) provides early evidence for the appearance of ho christos but reads “the Holy One of God” rather than “the Son of the living God.”

-ho hagios and ho huios are close enough in form that we can easily imagine early scribal confusion in copying.

- The third reading “the Christ the son of God” actually gives support for the traditional reading, minus the adjective “living.”

Meztger speculates that the reading of the modern critical text (which he takes to be original) “was expanded in various ways by copyists, perhaps in imitation of expressions in 1:49; 11:27; and Matthew 16:16” (Textual Commentary, Second Edition, p. 184).

On the other hand, the titles of “Christ” and “Son of God” for Jesus are prominent in John.

He is often called “the Christ,” starting with Andrew’s confession in John 1:41. He strikingly declares himself to be the Christ when he speaks with the Samaritan woman at the well (4:25-26). When Jesus is in Jerusalem for the Feast of Tabernacles, there is fierce debate as to whether or not he is the Christ (cf. 7:26-27, 31, 41-42).

As for the title “Son of God,” as Metzger notes, Jesus is confessed to be “the Son of God” at the very beginning of the narrative by Nathanael (1:49). Martha also confesses, “I believe that thou art the Christ, the Son of God, which should come into the world” (11:27).

What is more, as with his roundabout self-revelation to be the Christ with the Samaritan woman, he makes a similar self-declaration to be the Son of God to the man born blind (see 9:35-37).

In addition, the combination of the titles Christ and Son of God seem to be basic confessional, orthodox language for describing Jesus (see the opening of Mark’s Gospel, Mark 1:1; the high priest’s question in Mark 14:61: “Art thou the Christ, the Son of the Blessed?”; and the disputed confession of the Ethiopian Eunuch in Acts 8:37).

With regard to John’s Gospel, we need also to note the purpose statement for the fourth Gospel as expressed in John 20:31: “Be these are written, that ye might believe that Jesus is the Christ, the Son of God; and that believing ye might have life through his name.”

To this we might add that the adjective “living” is not foreign to John. Jesus speaks of the “living water” (4:10-11). More importantly for this context, in John 6:57 Jesus makes reference to “the living Father.”

The traditional reading is not incongruous with John’s normal usage and style, and, quite the opposite, in fact, it seems better suited to John than does the modern critical reading.

The earliest evidence (from p66) has Peter confessing that Jesus is “the Christ.” It is conceivable that scribes either intentionally or unintentionally changed “the Son of God” to “the Holy one of God” at an early stage (see p66, p75).

If the traditional reading is abandoned continuity is lost with key confessional language with a persistent and powerful tradition in early Christianity (cf. Martha’s confession in John 11:27 and the Ethiopian Eunuch in Acts 8:37).

Thus, the traditional reading can be reasonably defended and should be upheld.

I listened to this edition of WM the other day, read the article, and noticed you mentioned Luke 4:34 when you covered the internal evidence of John 6:63.

I didn't think of it again until today when I happened to be reading Luke 4 in my daily Bible reading.

So now I'm wondering what you think of these devils’ professions of Jesus' identity? And the fact that Jesus wouldn’t allow them to say who he was?

“Saying, Let us alone; what have we to do with thee, thou Jesus of Nazareth? art thou come to destroy us? I know thee who thou art; the Holy One of God.” (Luke 4:34)

“And devils also came out of many, crying out, and saying, Thou art Christ the Son of God. And he rebuking them suffered them not to speak: for they knew that he was Christ.” (Luke 4:41)

I thought it was interesting that the modern critical text reading for John 6:69 is the same as what the devil said in Luke 4:34: “the Holy One of God.”