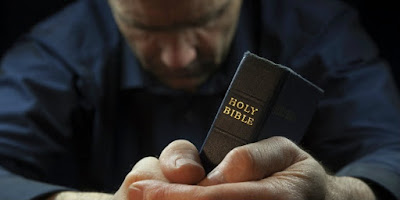 In addition to obedience and submission to those who have the rule over them (Hebrews 13:17), the inspired author adds in v. 18 another duty which God’s people have toward their spiritual leaders.  They are to pray for them.  Pastors and elders need the prayers of God’s people.  We need your prayers, because we are often on the frontlines of spiritual warfare.  We are often under attack.  Satan likes nothing better than to discourage a man who is in the ministry or to try to remove him from his office and calling.  Just as in battle one force will attempt to take out the officers to demoralize the troops and take away their coordination and leadership, so our enemy loves to attack and discourage the elders.

In 1605 the English Puritan pastor Williams Perkins wrote a booklet titled “The Calling of the Ministry” (reprinted by Banner of Truth in the Puritan paperback titled The Art of Prophesying).   One chapter is titled, “The Scarcity of True Ministers.”  In it Perkins ponders why so few men in his own day seemed to be called to or qualified for the ministry.  He gave three reasons:

First, the contempt with which the calling is treated.  It is always hated by wicked and irreverent men because it reveals their filthiness and unmasks their hypocrisy.  The teaching of ministers is often a fretting corrosive on their conscience, preventing them from weltering and wallowing quietly in their sins—as they would be able to do under other circumstances.  This is why they spurn both the calling of ministers and ministers themselves.  They watch them carefully to latch onto their smallest failures, hoping to disgrace them.  They imagine that by casting contempt on the calling of the preacher they can remove the shame from their own degraded ways.

It is inevitable that they should hate those who are called to the ministry, since they harbor deadly hatred both for the law and the gospel message which they bring, and for the God whose representatives they are…..

The second reason is the difficulty of discharging the duties of a minister’s calling.  To stand in God’s presence, to enter into the holy of holies, to go between God and his people, to be God’s mouth to his people, and the people’s to God … to take the care and charge of souls—these considerations overwhelm the consciences of men who approach the sacred seat of the preacher with reverence and not with rashness…..

The third and last reason is especially relevant to ministry in the NT era, namely the inadequacy of the financial recompense and status given to those who enter this calling….. (in The Art of Prophesying, pp. 94-95).

A few years ago I went to an office building to take care of some business.  When the man at the counter found out I was in the ministry, his face became very grave and serious, and he told me, almost through tears, that he had once been in the ministry.  He did not have to say much more, because I understood.  Indeed, I have met many men who used to be in the ministry.  Some no doubt left because they were not called.  But some have left through grief and discouragement.  Perhaps they lacked the prayers of God’s people to uphold them.

Grace and peace, Pastor Jeff Riddle
Posted by Jeffrey T. Riddle at 9:04 AM