WM # 36: The Ending of Mark, Cessationism, and Apologetics

I recorded yesterday (5.1.15) Word Magazine # 36 and just uploaded it to sermonaudio.com today. The topic:  The Ending of Mark, Cessationism, and Apologetics.

Part one:  A review of the May 19, 2015 “Fighting for the Faith” Podcast in which Chris Rosebrough critiques the non-cessationist position of Angela Grenig on the basis of her usage of Mark 16:17-18.  Simply put, he opposes a wrong teaching (non-cessationism) using a bad hermeneutic (denying the authority of Mark 16:9-20).  A proper hermeneutical approach to Mark 16:9-20, in fact, affirms cessationism. Grenig's bad hermeneutical approach, not bad text criticism, leads to her wrong interpretation! 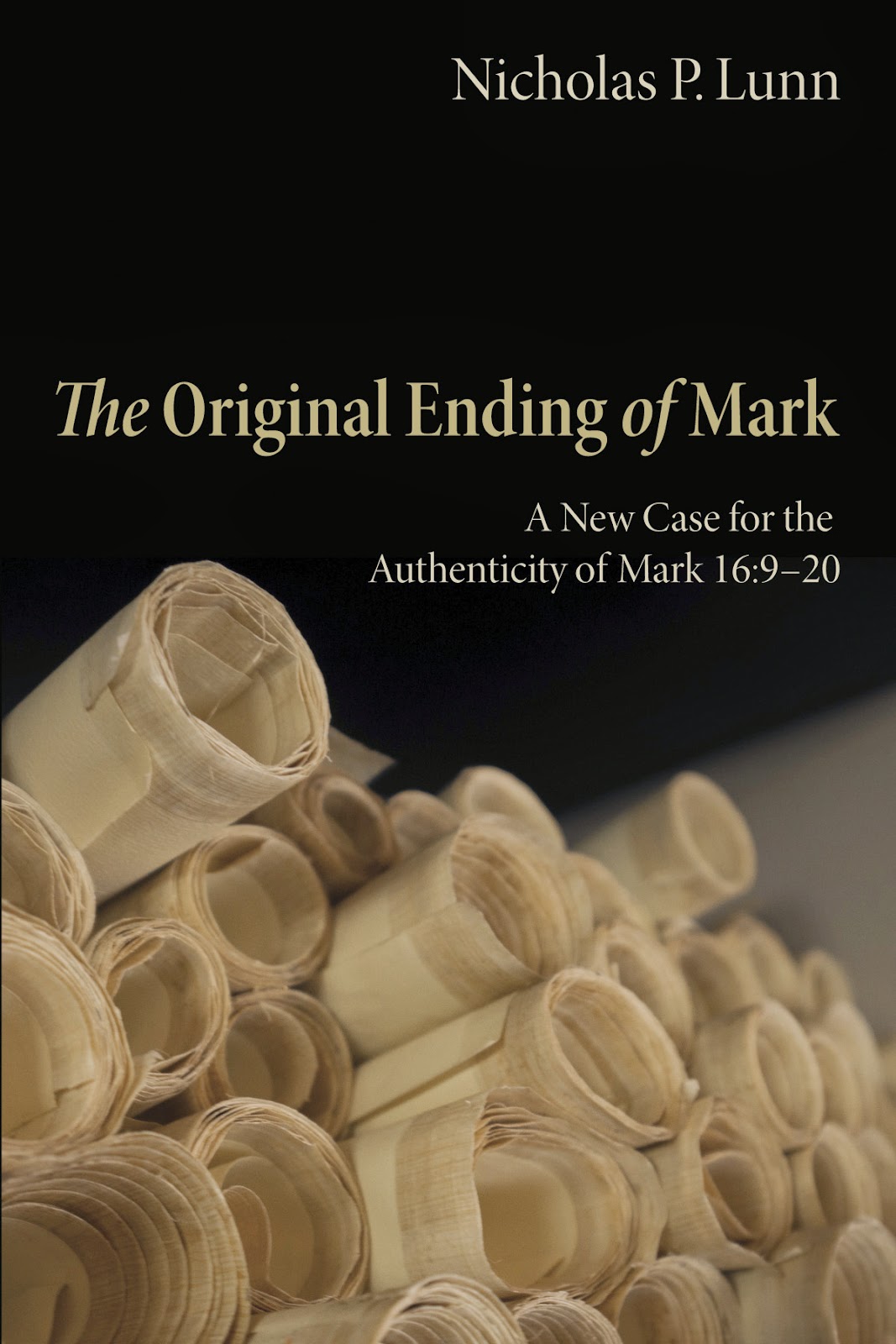 Part two:  A review of Nicholas P. Lunn’s nine doubts against the modern idea that Mark was originally intended to end at Mark 16:8 from his excellent new book:  The Original Ending of Mark:  A New Case for the Authenticity of Mark 16:9-20 (Pickwick, 2014).  Here are the nine doubts (from pp. 6-18):

1.  Early Christian kerygma
2.  Early Christian creedal formulations
3.  The shape of the other canonical Gospels
4.  Resurrection predictions in Mark
5.  The acceptability of the final clause
6.  The contrast with the beginning
7.  Lack of historical interpretation
8.  Lack of anti-Christian polemic
9.  The objections of modern scholarship

Part Three:  I played part of a Muslim apologetic video which presents a portion of a 2006 debate between James White and Shabir Ally, pointing out that Muslims are glad to see evangelical Christians denying the traditional ending of Mark and using this as evidence to downgrade the authority of the Bible and to deny the resurrection of Jesus.  Here’s the video (from which I played the first few minutes):

I'm thinking one reason textual critics may deny the validity of the ending of Mark hinges upon the fact that higher critics say the gospel of Mark was the first gospel and the other gospel writers used Mark as the basis for their (later) texts. If this were true, a critic could say the other gospel writers added the resurrection because of their (subjective) belief in the resurrection. A resurrection that had no objective reality. To the critic, since Mark is the original gospel, and since Mark leaves off with a dead Jesus, Mark must be closer to the truth (older = better) and the later gospel writers added their interpolations to Mark (later = corrupted).

Thanks for this comment. I think you have a very valid point. The modern critical text arose at the same time that source and form criticism were shaping mainstream academic scholarship. No doubt, some of those holding to Markan priority believed the so-called shorter ending of Mark was more primitive.