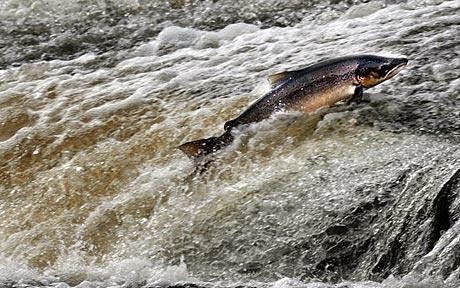 Note:  Andrew Fuller (1754-1815) was an influential Particular Baptist minister who served as Pastor for many years of the Baptist church in Kettering, England.  He is perhaps best known for his labors in founding the Baptist Missionary Society in 1792 which sent William Carey to India.  For my audio biography of Fuller, look here.

In Volume I of Fuller’s Collected Works there is an undated sermon titled “The Change of Time” which was “Delivered at the commencement of a New Year” (pp. 462-464).  The sermon takes as its text a passage from 1 Chronicles which reflects on “the acts of David” and “the times that went over him, and over Israel, and over all the kingdom of the countries” (1 Chronicles 29:29-30).

Fuller begins by noting that reflection on this passage calls to our mind the influence upon us of the unceasing passage of time:

We are also led to view the great undercurrent of human affairs as moving on without our consent, and without being subject to our control.  We bear a part in them, but it is like fishes playing in the stream; which passes over them independent of their will, and returns no more.  What an idea does it give us of our insignificance and entire dependence upon God!  But though our influence in counteracting the great events of time be very small, yet their influence upon us is great.  They bear a relation to us, as they formerly did to David and Israel, and the kingdom of the countries, and leave an important impression upon us.

The preacher asks his audience to reflect upon the influence upon them of the passage of time:

We are either the better of the worse for the times that have gone over us, and so may be to eternity.  The vicissitudes that pass over us during a single human life, and the impressions which they leave behind them, are subjects which, if realized, would overwhelm the mind.

Aside from the influence upon them of the passage of time on the macro-scale, Fuller then calls upon his hearers to consider the spiritual significance of things that have transpired in their lives on the micro-scale:

In others, the things which have passed over them may have made some degree of impression upon them, and yet the issue of it may be doubtful.  Under threatening providences, or close preaching, they have been affected not a little—have heard the word gladly, and done many things—have been greatly moved, and reformed in their behavior; but, after all, it is doubtful whether their hearts be divorced from their idols.

On some, however, the things which have passed over us have had a good effect, and require to be collected with thankfulness.  One can remember a good providence which brought him under the word, or into a praying family or religious connexion (sic); another, a conversation, a sermon, or a solitary walk, in which he saw and felt the light of life, and from which period his feet were turned from the ways of death.

The sermon closes by calling its hearers to consider their lives in the light of eternity:

Finally, A recollection of the times which have passed over us, over Israel, and over the nations, will furnish matter for much humility and trembling, even though we should have profited by them; and if we have not, it is a subject the realizing of which should overwhelm us.  What opportunities have we had of glorifying God, which have passed by unnoticed!

How many slighted opportunities, solemn warnings, tender sermons, and powerful convictions will come into the account at the last day!

You can listen to a c. 12 minute audio reading I did of the entire sermon here.

Grace and peace, Pastor Jeff Riddle
Posted by Jeffrey T. Riddle at 10:37 AM