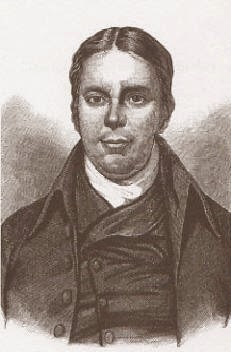 I did a post on New Year’s Day on Andrew Fuller’s undated sermon “The Changes of Time.”  Two quick follow up thoughts regarding Full'er view of history:

1.  Fuller recognizes that so- called “macro” history often fails to consider the lives of ordinary people.

I hear this when he says, “And while the page of history records the acts of the great, whether good or bad, there are others which it overlooks, but which are no less interesting, on account of the near relation they bear us” (Collected Works, Vol. I, p. 463).

Fuller (1754-1815) likely wrote this sometime in the late eighteenth or early nineteenth century, but his vibe seems to anticipate the “history from below” or “people’s history” popularized by E. P. Thompson in the 1960s (see my post on Richard Bauckham’s application of this “micro-history” method to the Gospels in his lectures here).

2.  Fuller’s brief comments belie an organizational view of history which sees the Reformation as a pivotal spiritual turning point:

I see this in his discussion of how men have a tendency to be oblivious to the monumental significance of things that transpire in their own times.

Thus, he says, “All that was wrought in Judea, in the times of Augustus and Tiberius, was overlooked by the great mass of mankind….  Many of those who beheld the miracles of Christ, and heard the preaching of the gospel, wondered and perished.  Thus things of the greatest moment may pass over us disregarded, and consequently can leave no good impression.”

He moves from the time of Christ and the apostles to the Reformation:  “It was the same at the Reformation from popery.  God wrought a great work in that day; but the mass of mankind saw it not.”

Though Fuller does not come from the foundational confessional generation of Particular Baptists (who adopted the 1689 confession, for example), my hunch is that his view of history reflects their influence.  They and he saw the Reformation period as a momentous season in which God wrought a great work of revival and renewal.  See also Fuller’s post-millennial, historical interpretation of Revelation in his “Expository Discourses on the Apocalypse” (Collected Works, Vol. III, pp. 201-307), in which he sees signified the faithful church’s “victory over ant-Christian error and corruption at the Reformation” (p. 205; cf. p. 251).

My interest is in how such a historical view influenced their confessional understanding of what impact the Reformation period had on the transmission and preservation of Scripture (e.g., the standardization of a printed textus receptus of the Bible, the translation of it into vernacular languages, and its widespread usage among faithful believers and churches).