Orientation to the 2014 Keach Conference 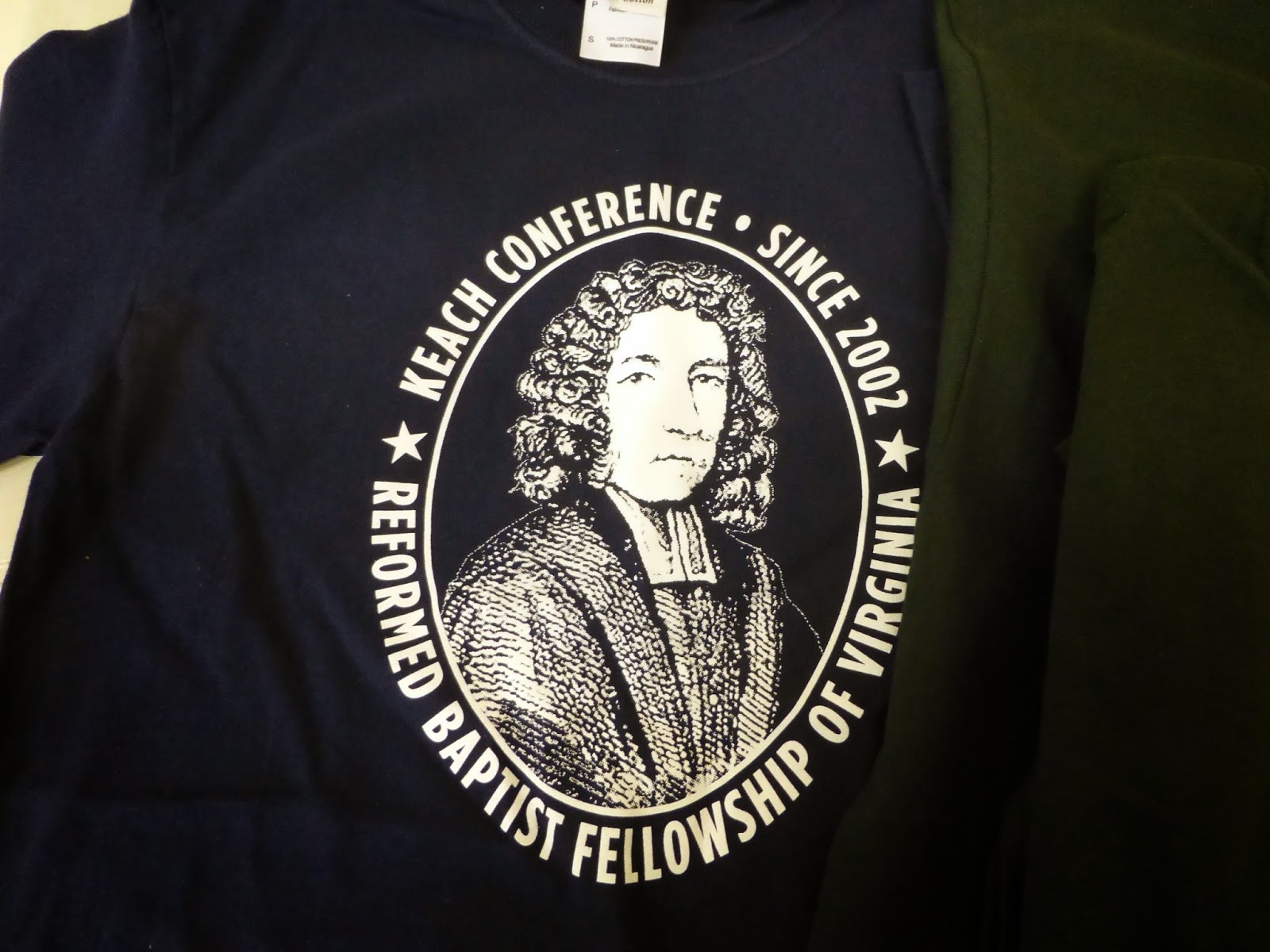 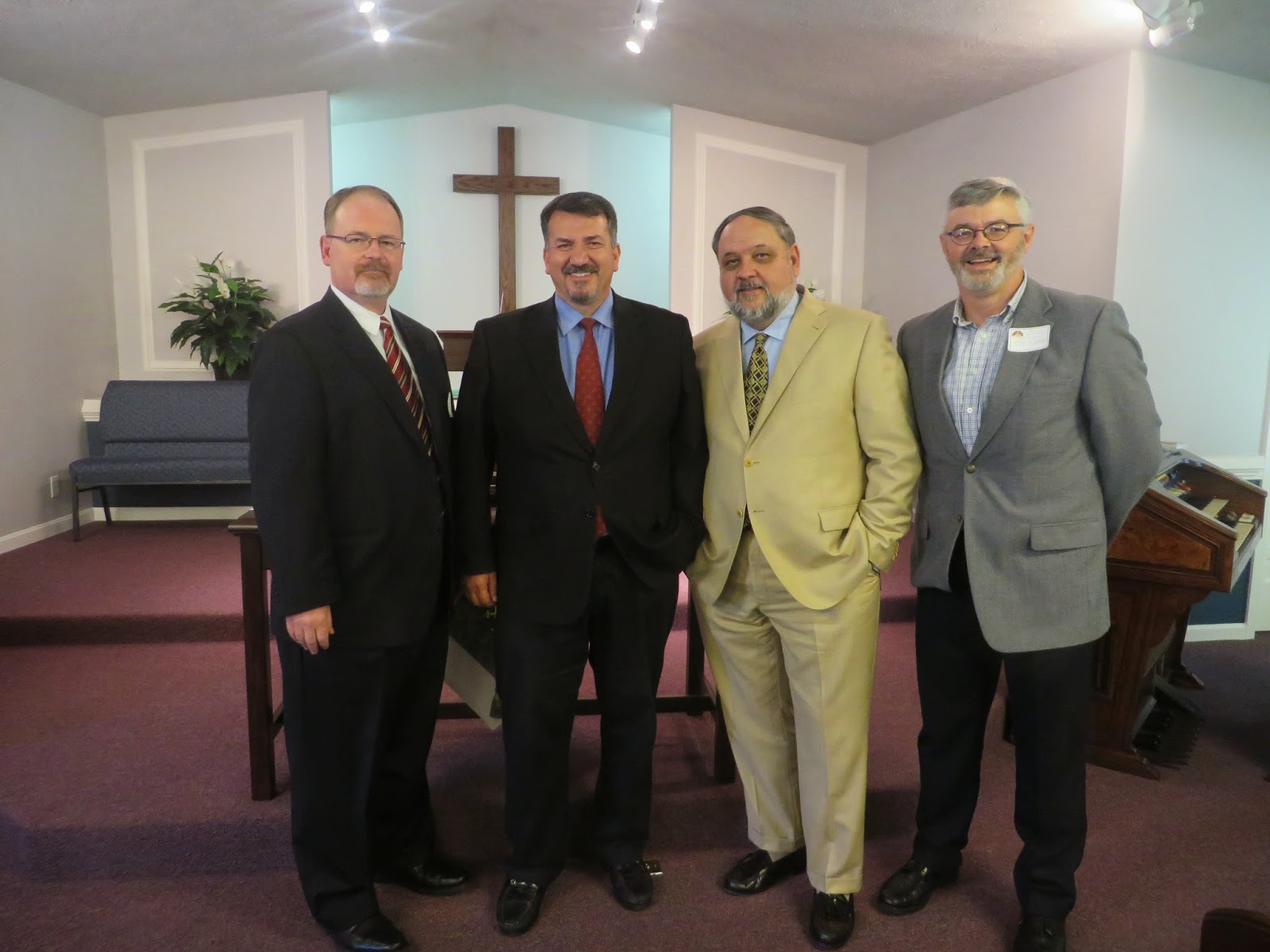 
Video:  Couldn't make it to this year's conference?  Watch this "You Were There" video to get a feel for the Friday evening fellowship.

Let me extend to you warm and friendly greetings in the name of him who was dead and is alive, even our Lord Jesus Christ, the one Mediator between God and men.

This is now the thirteenth consecutive fall season that a group of believers, including ministers and laymen, young and old, men and women, have gathered to listen to encouraging teaching, to enjoy fellowship, and to renew bonds of friendship in a theology and ministry conference in the Commonwealth of Virginia.

Over those years we have met on various days of the week and, in the beginning, we met just for a single day.  Finding that that was not enough time to spend together, since 2007 we have met over two days, the last Friday evening of September and the Saturday morning following.

We originally called our meeting “The Evangelical Forum,” but in 2010 we changed the name to the Keach Conference, in honor of the Puritan Baptist pastor, Benjamin Keach, who was publically pilloried for his writings on believers’ baptism and who was one of the original adopters of the 1689 Confession.

This is now the eighth consecutive year that we have taken as our Conference Theme one of the successive chapters in that venerable 1689 Confession, this year reflecting on the subject, “Of Christ, the Mediator.”  As one of the speakers told me on the phone when we spoke of his coming, “What a chore!  You mean I get to come and preach about Christ!”  One of the constants of these past 13 years has indeed been the high quality of the men who have come and shared with us, not only in the plenary messages but also in private and small group conversations.  We are especially thankful for Pastors Blackburn and Savastio for taking time from their schedules and families to be here with us for these meetings.

Though he was not a Baptist, the Congregationalist “Prince of the Puritans” John Owen was highly esteemed by our Particular Baptist forebears.  Some have even suggested that if the Lord had given him more time on earth, he might well have become a Baptist.  In their writings on various topics a position often seemed to be settled if it could be shown that this was also the opinion of Owen.

In his classic work, The True Nature of a Gospel Church and its Government, Owen includes a chapter titled “Of the communion of the churches.”  In that chapter he lists five ways in which churches might have communion or fellowship with each other.  Now our conference is not a church synod or official council but Owen’s list can be loosely applied to the fellowship we have in a conference like this as individual believers who are local church members. Here is a summary of his five points describing the basis of Christian communion (as taken from the 2012 simplification and abridgement Gospel Church Government):

First:  In general, they believe the same doctrine of truth. They hold the same articles of faith and make the same public profession.

Second:  They also believe in the church itself. This fellowship requires the belief that the Lord Christ has had in all ages a church on the earth that cannot be confined to particular places or human organizations. This church is redeemed, called and sanctified by him. It is his kingdom, his interest, his concern in the world.

Third:  They pray. The fellowship of churches in faith consists to a large extent in the principal fruit of that faith, namely, prayer....   They have a blessed fellowship in prayer continually. This fellowship is more evident in that the prayers of all are for all. There is not a single particular church or a single member of any of them that does not have the prayer support of all the churches in the world and all the members of them every day. Although this fellowship is invisible to the eyes of flesh, it is glorious to the eye of faith. It is a part of the glory of Christ, the mediator in heaven. This fellowship in prayer gives to all churches a communion far more glorious than any outward rite or plan of men’s devising.

Fourth:  They administer the same sacraments of baptism and the Lord’s Supper.

Fifth:  They profess that they are subject to the authority of Christ in all things. This means that they are under obligation to do and observe all that Christ has commanded.