Notes on Augustine's "Harmony of the Gospels": Part 1: Authority and Order 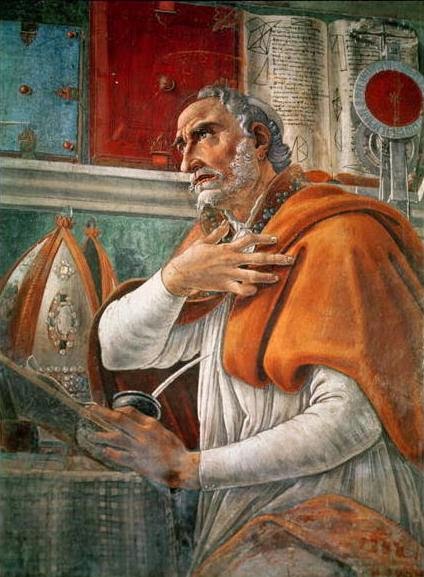 Augustine  begins by discussing the authority of the four canonical Gospels noting, “In the entire number of those divine records which are contained in the sacred writings, the gospel deservedly stands pre-eminent.”  He notes that the apostles were the first preachers of the gospel and that two of them—Matthew and John—“gave to the world, in their respective books, a written account of all those matters which it seemed needful to commit to writing concerning Him.”  The inclusion of the Gospels of Mark and Luke show, however, that one need not have been a disciple of Jesus while he was here on earth to write a Gospel.  Nonetheless, others who tried to do the same “failed to commend themselves in their own times as men of character which would induce the Church to yield them its confidence, and to admit their compositions to the canonical authority on the Holy Books.”


He notes that the number of the Gospels “has been fixed as four” perhaps due to the four “divisions” [directions] of the world to which the Christian movement has extended.  He argues for the chronological order, following the canonical order:  Matthew, Mark, Luke, and John.  Matthew and John are rightly in first last place.  Thus, the interior Evangelists Mark and Luke who had not been apostles “were supported on either side by the same, like sons who were to be embraced, and who in this way were set in the midst between these twain.”


Augustine suggests (following Papias?) that Matthew wrote originally in Hebrew and that the others wrote in Greek.  Matthew construct the record of the Incarnation “according to the royal lineage.”  “Mark follows him closely, and looks like his attendant and epitomizer.”  Mark's narrative is “in words almost numerically and identically the same as those used by Matthew.”


Luke, on the other hand, “appears to have occupied himself rather with the priestly lineage and character of the Lord.”  This explains the divergence in their genealogies, as Matthew traces Jesus’ lineage through King Solomon, while Luke through David’s son Nathan, who was not a king.


Thus, the synoptic Gospels harmoniously present Christ “both as King and as Priest.”


While Matthew had Mark, Luke “had no one connected with him to act as his summarist.”  Augustine explains that as it is right for kings to have attendants, so it is right for Matthew which shows forth Jesus as King to have an attendant in Mark.
JTR
Posted by Jeffrey T. Riddle at 12:27 PM