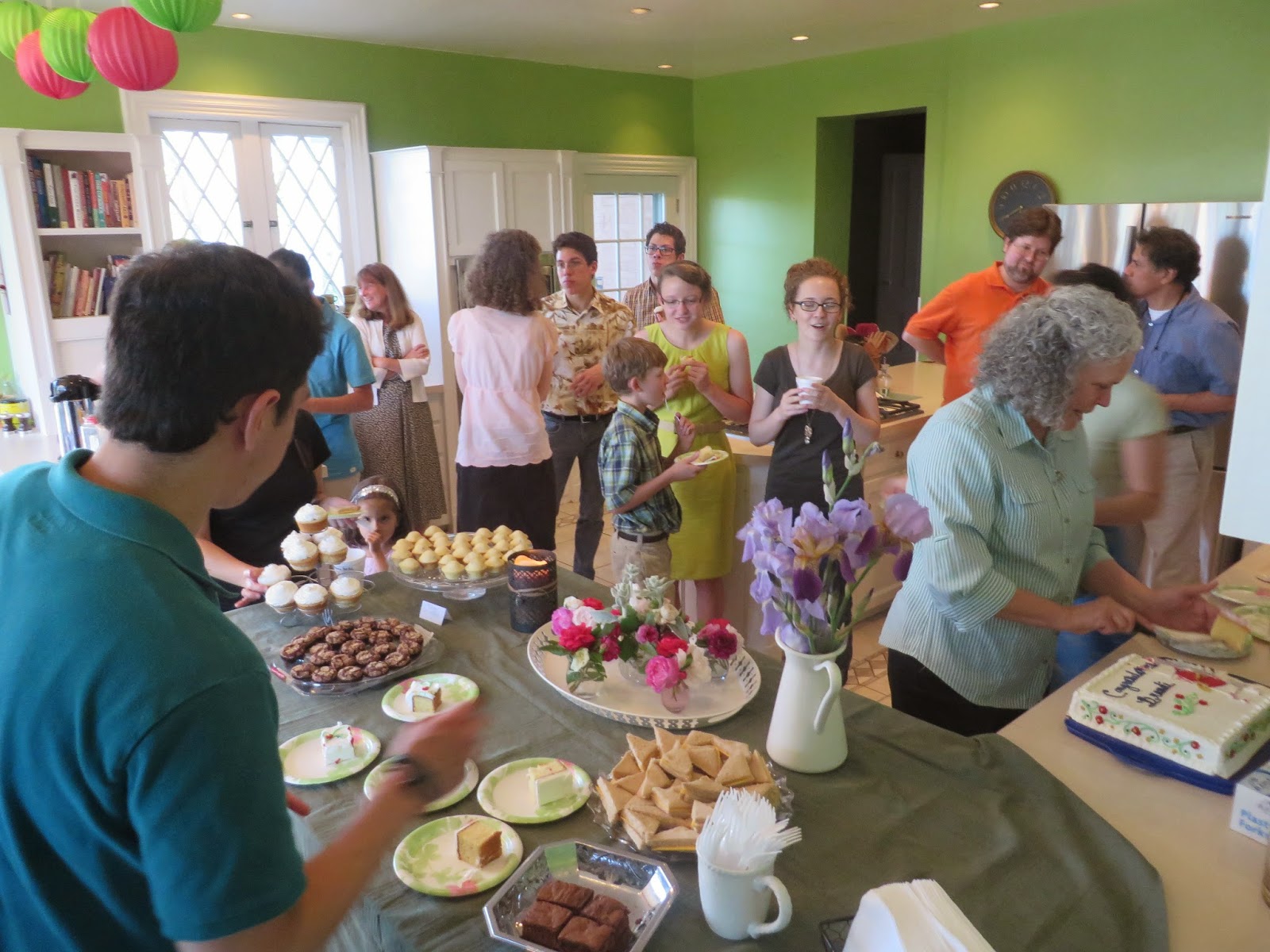 Image:  The Lynchburg Fellowship had a reception after Sunday evening service last Lord’s Day to celebrate a student attendee’s graduation from Liberty University.

Note:  Here are some of the notes from the exposition of Luke 20:10-13 from last Sunday morning’s sermon.

“Then said the Lord of the vineyard, What shall I do?  I will send my beloved son: it may be that they will reverence him when they see him” (Luke 20:13).

In vv. 10-12 we see the vineyard owner sending a series of three servants or slaves to take his part of “the fruit of the vineyard” (v. 10).  We also notice there is an escalating hostility to these messengers.

The first comes “at the season” (v. 10).  But the husbandmen beat (dero:  hit, strike) him and send him away empty.  We see here the irrational nature of the treatment of these messengers.  Why do the husbandmen treat the servant in this way? Do they not fear the consequences of abusing the master’s servant?

We also see the patience of the owner.  Why did he not at this first injustice simply send a host to punish these wicked men?

Instead, he sends another servant (v. 11).  This one they not only beat (dero), but they also treated him shamefully (atimazo:  to dishonor, to offer disrespect).

Surely now he will swiftly act and crush these puny rebels!  Now, he will let them taste from the cup of his wrath.  They shall get their just reward.

But no, he sends yet a third servant (v. 12).  Is there no end to this man’s patience?  Now, surely, they will be humbled before his messenger.  Yet this one they treat worse still.  They “wounded” (traumatizo:  to injure or wound) him, and they cast him out (ekballo:  expel, reject, dispel).

Let’s see, he’s sent three servants and each has been ill treated and with escalating violence.  What happens now?  In v. 13 we gain insight into the internal counsels of God concerning the plan of salvation as Jesus says that the Lord of the vineyard asked himself, “What shall I do?”  And this is his amazing response:  “I will send my beloved son:  it may be that they will reverence [the passive of the verb entrepo, meaning to respect or be ashamed or humbled by] him when they see him” (v. 13).

Now, this is where the parable takes on a particularly unreal or hyperbolic nature.  What ordinary person would do this?  Let’s say I own a house, and I rent it to some disreputable fellows.  I send an employee to collect my rent, and they slap him in the face; I send another, and they not only slap him, but they also spit on him.  I send a third, and they stab him.  And then I think to myself:  Well, I think I’ll now send my beloved son to collect the rent.  Maybe they’ll respect him.  Who thinks like this???

And then we realize that this is how the God of the Bible has acted in Christ.  When prophet after prophet, messenger after messenger, minister after minister had been rejected, in the fullness of time, he sent forth his beloved Son to save sinners through his death on the cross.