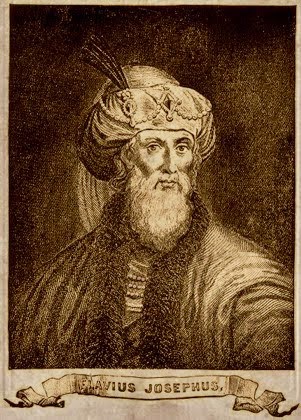 Note:  The article below gathers some thoughts from last Sunday morning’s sermon on Luke 20:27-40:


“Then came to him certain of the Sadducees, which deny that there is any resurrection….” (Luke 20:27).

“And the word of God increased; and the number of the disciples multiplied in Jerusalem greatly; and a great company of the priests were obedient to the faith” (Acts 6:7).

In Luke 20:27 we read that there came to Jesus “certain of the Sadducees.”  The Sadducees were a particular sect within first century Judaism.  Their name probably derived from the title “Zadokites,” taken from Zadok, the great priest of God during the days of David and Solomon when the temple was first built.  The Sadducees were priestly aristocrats who controlled the temple worship and sacrifices in Jesus’ day.  They were conservatives who had worked with the Romans to maintain the status quo temple operations.  They disappear from history after the Romans destroy the temple in 70 AD.


Luke adds an important detail about the Sadducees in v. 27:  “which deny that there is any resurrection.”  The Sadducees were naturalists (or anti-supernaturalists).  They were religious, but they did not believe in life after death.  They believed that you only live once and after death you simply pass into non-existence.


Antiquities of the Jews (Book 18.chapter 1.4):  “But the doctrine of the Sadducees is this:  That souls die with their bodies; nor do they regard the observation of anything besides what the law enjoins them; for they think it an instance of virtue to dispute with those teachers of philosophy whom they frequent.”


Summary:  Sadducees (1) did not believe in life after death; (2) they gave pride of place to the Torah; (3) they were contentious—they liked to argue.


Jewish Wars (Book 2.chapter 8.14):  “But the Sadducees …suppose that God is not concerned in our doing or not doing what is evil…  They also take away the belief of the immortal duration of the soul, and the punishments and rewards in Hades…  But their behavior one towards another is in some degree wild….”


Summary:  Sadducees (1) did not believe it mattered how one acted ethically in this life; (2) denied life after death and eternal punishment in hell (and, by implication, rewards in heaven); (3) they tended to viciously attack one another in disagreements.


What Josephus records is substantiated by what we read in Acts 23 when Paul was on trial before the Jewish Council:


Acts 23:6 But when Paul perceived that the one part were Sadducees, and the other Pharisees, he cried out in the council, Men and brethren, I am a Pharisee, the son of a Pharisee: of the hope and resurrection of the dead I am called in question. 7 And when he had so said, there arose a dissension between the Pharisees and the Sadducees: and the multitude was divided. 8 For the Sadducees say that there is no resurrection, neither angel, nor spirit: but the Pharisees confess both.

You might rightly ask:  How could the Sadducees possibly hold such views?  How could they deny the resurrection?  What about Job 19:26?

Job 19:26 And though after my skin worms destroy this body, yet in my flesh shall I see God:

Daniel 12:2 And many of them that sleep in the dust of the earth shall awake, some to everlasting life, and some to shame and everlasting contempt.

Maybe the explanation rests in the fact that they chose only to value the Torah, and they thought it did not directly teach this doctrine.  It is an old ploy of anti-supernaturalists to deny the whole counsel of God.

It is a group of such men who approach Jesus to question him.  We do not have to wait till the Age of the Enlightenment or the modern period or for the so-called “new Atheists” to arrive to find men who reject the supernatural.  They were there in the first century in the Sadducees.  These men come looking to entrap Jesus, to “take hold of his words” (cf. Luke 20:20).  There is little that is hopeful about the spiritual state of these men in Luke 20.

In the book of Acts, however, we find this intriguing note:

Acts 6:7 And the word of God increased; and the number of the disciples multiplied in Jerusalem greatly; and a great company of the priests were obedient to the faith.

No doubt, among those priests who became disciples there were some former Sadducees.  The resurrection of Jesus from the dead convinced them of the resurrection.