CT Article: The Most Popular and Fastest Growing Bible Translation Isn't What You Think It Is 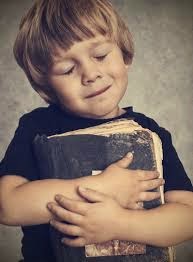 Note:  While working on a book review for the Holman KJV Study Bible, I ran across this interesting article (3.13.14) from Christianitytoday.com:
When Americans reach for their Bibles, more than half of them pick up a King James Version (KJV), according to a new study advised by respected historian Mark Noll.
The 55 percent who read the KJV easily outnumber the 19 percent who read the New International Version (NIV). And the percentages drop into the single digits for competitors such as the New Revised Standard Version, New America Bible, and the Living Bible.
So concludes "The Bible in American Life," a lengthy report by the Center for the Study of Religion and American Culture at Indiana University–Purdue University Indianapolis (IUPUI). Funded by the Lilly Foundation, researchers asked questions on what David Briggs of the ARDA, which first reported the results, calls "two of the most highly respected data sources for American religion"—the General Social Survey and the National Congregations Study.
The numbers are surprising, given the strong sales of NIV translations in bookstores. The NIV has topped the CBA's bestselling Bible translation list for decades, and continued to sell robustly in 2013.
The high numbers of KJV readers confirm the findings of last year's American Bible Society (ABS) State of the Bible report. On behalf of ABS, Barna Group found that 52 percent of Americans read the King James or the New King James Version, compared with 11 percent who read the NIV.
The KJV also received almost 45 percent of the Bible translation-related searches on Google, compared with almost 24 percent for the NIV, according to Bible Gateway's Stephen Smith.
In fact, searches for the KJV seem to be rising distinctly since 2005, while most other English translations are staying flat or are declining, according to Smith's Google research.

Smith, whose research on how technology is shaping Bible use is profiled in this month's CT cover story, blended data from Google Trends and the Google Keyword Tool to see how English Bible translations compare in search terms. Bible translation searches may not necessarily be an indicator of Bible transation usage—a Bible Gateway study earlier this year found dramatic differences between the cities most likely to search for Bible verses and the American Bible Society's list of top "Bible-minded" cities.
Nevertheless, other studies also indicate that the KJV remains the translation powerhouse. A 2011 Lifeway study, for example, found that 62 percent of Americans—and 82 percent of Americans who regularly read the Bible—own a copy of the KJV.
"Although the bookstores are now crowded with alternative versions, and although several different translations are now widely used in church services and for preaching, the large presence of the KJV testifies to the extraordinary power of this one classic English text," Noll commented in the IUPUI report. "It also raises most interesting questions about the role of religious and linguistic tradition in the makeup of contemporary American culture."
Noll, a leading evangelical scholar, wrote a cover story for CT on where the world would be without the KJV.
The study from IUPUI in some ways paints a more religious picture of Americans than the ABS/Barna study, recording that 78 percent read their Bibles monthly, compared with the 41 percent found by Barna and the 53 percent found by Lifeway.
But IUPUI also found that fewer Americans read their Bibles every day—just 9 percent, less than the 13 percent recorded by Barna and half of the 18 percent found by Lifeway.
IUPUI also noted several main tells: You're more likely to read the Bible if you're female (56 percent compared with 39 percent of men), African American (70 percent read at least once a year, compared with 46 percent of Hispanics and 44 percent of whites), and older (56 percent of those over 70 years old, compared with 44 percent of those between 18 and 29). You're also more likely to read the Bible if you live in the South (61 percent) rather than the Northeast (36 percent).
While IUPUI found that readers name Psalm 23 as their favorite scripture, followed by John 3:16, Barna found that more people liked John 3:16 the best, followed by Psalm 23. (CT covered the 10 most-searched Bible verses of 2013.)
CT has reported on ABS's State of the Bible reports, including how the Bible gained 6 million new antagonists in 2013.
CT's previous coverage of the KJV includes a history of the translation, its influence, and how the KJV compares to other translations.
CT's previous coverage of the NIV includes the Southern Baptist Convention's rejection of the 2011 version for avoiding male pronouns where both genders are intended and responses from Lifeway and CT.
Posted by Jeffrey T. Riddle at 9:36 AM