The Vision (6/27/13): Russell Moore: Your Church and the Same Sex Marriage Decisions 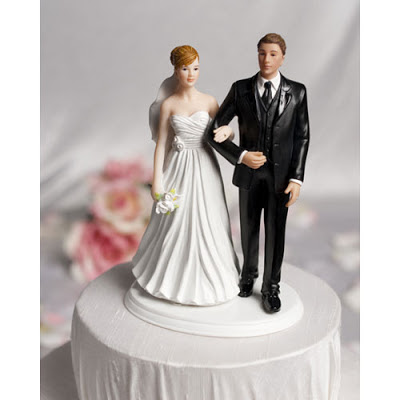 Note:  The following online article was posted on June 26, 2013 to the website of the Ethics and Religious Liberty Commission of the SBC.  The author is the Commission President, Dr. Russell Moore.


The Supreme Court has ruled on the much-awaited decisions on same-sex marriage. How should your church respond? The first way is by recognizing that marriage is not merely a public good, and it’s certainly not simply a “culture war” political issue. Marriage is a gospel mystery, the Scripture tells us, an icon of Christ and the church embedded in the creation (Eph 5:32). When marriage falters, the gospel is eclipsed. On the other hand, the conversation about marriage gives the church the opportunity to point to a different word, the mystery of Christ (Eph 3:4).


WHAT THE RULINGS SAY


1.  The Supreme Court ruled that the Defense of Marriage Act is unconstitutional. It was determined to deprive persons equal liberty protected by the Fifth Amendment.


2.  The Supreme Court ruling on the Defense of Marriage Act means that same-sex couples who are legally married will be entitled to equal treatment under federal law.


3.  The Supreme Court ruled that the defenders of California’s Proposition 8 did not have legal standing as private sponsors to appeal the federal decision to strike down the ballot.


4.  The Supreme Court ruling on Proposition 8 means that same-sex marriage may be allowed to resume in the state of California.


5.  These Supreme Court decisions mean that religious liberty challenges are soon to emerge in new and unprecedented ways.


1.  Jesus Christ is still alive, and ultimately will bend history toward his kingdom.


2.  God, as Creator and Judge, determines the goal of human sexuality and the boundaries of marriage. The United States government, or any human state, didn’t create marriage, and can’t redefine it. The state can only recognize, or fail to recognize, what already exists: the one-flesh union that is the foundation of the family and every human civilization.


3.  The Bible addresses all of us as sexual sinners (1 Cor 6:18). We do not stand in judgment over others, as though we were righteous and whole.


4.  Our consciences and our churches are answerable to “another king, Jesus” (Acts 17:7) when it comes to matters of sexual morality and marital accountability. The First Amendment recognizes this free exercise of religion. Your congregation cannot be forced to perform same-sex marriages, to provide premarital or marital counseling to persons whose marriages you don’t recognize as biblical, or to jettison your membership requirements.


WHAT SHOULD YOUR CHURCH DO?

1.  Teach your congregation to avoid anger, outrage, or despair. Jesus tells us marriage has existed as a male/female one-flesh union “from the beginning.” This means marriage is resilient, regardless of what cultures do to minimize it.

2.  Love your gay and lesbian neighbors. They aren’t part of an evil conspiracy. They are, like all of us apart from Christ, seeking a way that seems best to them. Be kind, and respect all persons as image-bearers of God.

3.  Preach and teach on the integrity of conjugal marriage. Don’t assume your people understand the gospel foundations of marriage. Take this opportunity to point to the formation of healthy, gospel-shaped marriage cultures within your congregation.

4.  Repent of the ways our congregational cultures have downgraded marriage. If your church hasn’t addressed divorce, cohabitation, or fornication through proclamation and discipline, now is the time to repent and rework.

6.  Stop laissez-faire wedding policies. Your church building is not a public space and your church ministers aren’t justices of the peace. Make clear that you will marry, and host weddings, only for those who have accountability to the people of Christ and to the Word of God.
Posted by Jeffrey T. Riddle at 11:32 PM