John Brown on the trials of the ministry 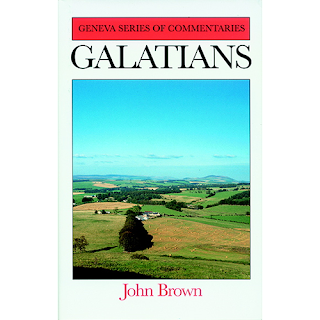 Note:  Below is one of the points of application from my sermon on Galatians 4:12-20.

"Am I therefore become your enemy, because I tell you the truth?" (Galatians 4:16)
Application: This passage reminds ministers, and all those engaged in personal ministry as well, that the exercise of the ministry is very often painful and discouraging.
John Brown in his 1853 commentary on Galatians zeroes in on this application:
The Christian ministry, if entered on with appropriate sentiments, and prosecuted with conscientious fidelity, will be found replete with difficulties.  Its toils are arduous and unceasing—its trials numerous and severe.
The minister must submit,
to labors often ill-appreciated, sometimes unkindly requited, and with meeting trials and afflictions which are the more severe as coming  from a quarter from which nothing but support and encouragement has been expected.
Brown continues:
It is not an impossible, nor even an uncommon, thing for persons who seemed to be—who were—most tenderly attached to their ministers, and attached to him in consequence of having received from him spiritual advantage, to have their affections entirely alienated from him whom they so greatly esteemed and loved; and what is worse still, it is not impossible, nor very uncommon, to find this alienation of affection to their minister arising out of , or at any rate connected with, indifference about, or rejection of, those grand peculiarities of Christian truths….
He adds:
This is one of the severest trials which a Christian minister can meet with; and perhaps there are few situations in which he is so strongly tempted to indulge something like a resentful, almost a malignant feeling, as when thus situated, in reference to those designing men, whose selfish intrigues have been the means of injuring the best interests of his people, and robbing him of the dearest jewel of his heart.  It is comparatively an easy thing for a minister to be reproached, and ridiculed, and persecuted by an ungodly world; but he only knows who has felt it how bitter it is to see those whose conversion and spiritual improvement he flattered himself he had been the instrument, to guide whom to heaven he felt to be his most delightful work on earth, and to meet with whom in heaven who was not of the least delightful anticipations of eternity—to see them regard him with “hard unkindness, altered eye,” especially if, when they are turning their backs on him, they also seem in extreme hazard of making shipwreck of faith and of a good conscience.
In the end, Brown suggests that Paul in his interaction with the Galatians is a model of how the minister is to deal with such circumstances with discretion, patience, and affection.  Can we learn to do the same?
Posted by Jeffrey T. Riddle at 7:43 AM